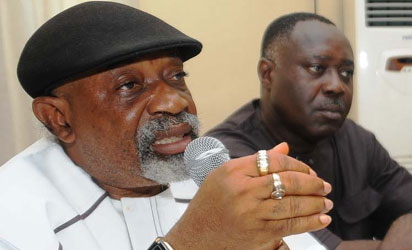 LAGOS — Union of Petroleum and Natural Gas Workers OF Nigeria, NUPENG, yesterday said loading of products, including aviation fuel, would halt from today as affiliates of United Labour Congress of Nigeria, ULC, begin an indefinite strike.

However, leaders of the National Union of Banks, Insurance and Financial Employees, NUBIFIE, said members may not fully embark on the strike today because the union just concluded its delegates conference weekend, warning, however, that members would fully join should the strike persist. But the Nigerian Labour Congress, NLC, and Trade Union Congress, TUC, insisted yesterday that the ULC was fake, since it was not recognized by government, and urged Nigerians to ignore the group.

Similarly, the Federal Ministry of Labour also held on to its earlier position that the ULC was not recognized by the Federal Government.