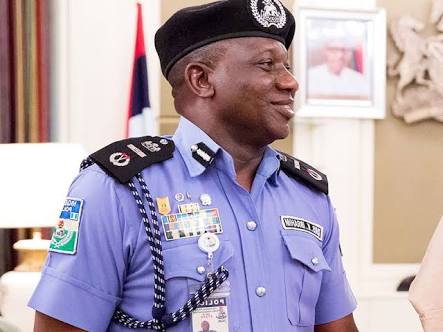 Inspector-General of Police Ibrahim Idris has failed to appear before Senate Ad-hoc Committee set up to investigate allegations of corruption and misconduct leveled against him by Senator Isa Misau represent sentong Bauchi Central.

The Senate Committee headed by Senate Majority Whip, Francis Alimikhena had on October 16, 2017 written a letter to the IGP asking him to appear before it on Wednesday.

The Police Chief refused to show up but instead sent a letter to the Committee through his lawyers declining the invitation.

The IGP said he would not appear before the Committee because the matter to which it seeks to investigate is now in court; arguing that it would be subjudice if he did.

Alimikhena said the IGP must appear before the Committee which was set up long before he took the matter to court; arguing that based on the Principles of Separation of Power, the case in court cannot stop his probe panel.

Senate Panel resolves to give the IGP a second chance through another letter asking him to appear before it Tuesday next week.

The Senate Panel said it would not hesitate to invoke section 89 of the 1999 Constitution to force the IGP (Ibrahim Idris) to appear before it.