HomePOLITICSCount me out of ‘Biafra cabinet' - Labaran Maku
POLITICSTHE NATION

Count me out of ‘Biafra cabinet’ – Labaran Maku 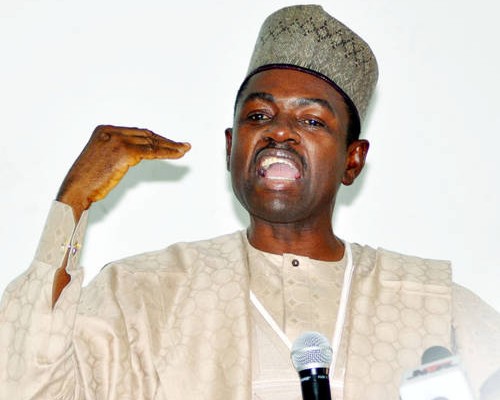 A former Minister of Information, Labaran Maku, says he does not know a pro-Biafra group, the Biafra Zionist federation, which named him as its minister of aviation, following it so-called self-declaration of a ‘republic of Biafra’ on August 1, 2017.

Maku, who said this yesterday in Abuja while fielding questions from journalists, stated that he remained a patriotic professional politician who is committed to the unity of Nigeria.

He attributed the calls for division and separation to the failure of leadership and the refusal to give equal opportunities to all Nigerians.

“Somebody called that I have been appointed a minister of Biafra. How can somebody associate me with a micro in Nigeria? What does that tell you? It means there is confusion and desperation among the youths.

“A federation gives equal opportunities to all its children. We have structural and leadership deficiencies.

The problem is lack of justice. So, we need truth to heal our nation. Some of these youths are victims of structural deficiency. When I heard the story of secessionist movement, it shows that these youths need counselling,” he added.