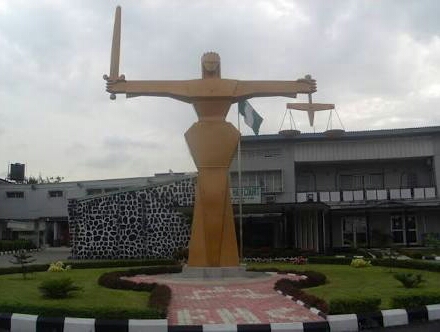 Delivering judgement in the “no case” submission put in by the defense lawyers in the matter, Justice Lolo absolved them of all the five-count charges brought against them.

In upholding the no case submission, Justice Esther Lolo ruled in favuor of the 10 members of the Islamic Movement who were arraigned before her in 2016 for the alleged offences of Criminal Conspiracy, Unlawful Assembly, Rioting, Disturbance of Public Peace and Causing Grievous Hurt.

According to him, the prosecution had failed to prove the essential ingredients of the offences alleged to have been committed.

He urged the court to discharge the accused persons and acquit them of the offences for which they were standing trial.

Isiaka Abdullahi, Deputy Director of Public Prosecution in his response urged the Court to find that at this stage of the trial all the court was called upon to do was to decide whether or not a prima facie case had been made out against the defendants for which they would be required to enter their defence.

He argued that the Prosecution through the witnesses it called had established a prima facie case against the defendants. He hence prayed the court to discountenance the no case submission made on defendants’ behalf and call upon the defendants to enter their defence.

In the ruling delivered by her lordship, Justice Esther Lolo on the 9th of November 2017, the trial judge upheld the no case submission argued by Mr. Kyon for the defendants and discharged and acquitted the defendants in respect of all the offences for which they stood trial.

Her lordship held that the entire evidence of the Prosecution was not direct as it failed to point to any of the defendants as being one of the perpetrators of any of the offences for which the defendants stood trial.

By this judgement, the defendants are not only free men but have been absolved of any culpability in the commission of any of the offences for which they stood trial.