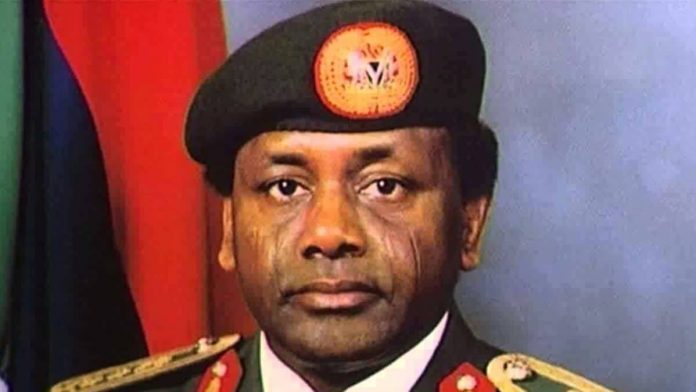 Justice Inyang Eden Ekwo of the Federal High Court, Abuja Friday dismissed a suit instituted against the Attorney-General of the Federation (AGF) on the monitoring of spending of the $300 million recovered from late former Head of State, General Sani Abacha.

The suit instituted by PPP Advisories, Civil Society Legislative Advocacy Centre and Issa Shuaib was thrown out by the court on account that it had become statute-barred when filed, failure of the three plaintiffs to establish their legal entity and tendering of worthless documents to support the suit.

Justice Ekwo, while delivering judgment in the suit, held that all public documents tendered by the plaintiffs were worthless because they ran foul of sections 102, 103, 104, and 105 of Evidence Act 2011.

The judge held that the plaintiffs failed to certify the public documents as required by law and that the failure to certify them was fatal to the case as they have become inadmissible in law.

Justice Ekwo said the documents are worthless because no probative value could be ascribed to them and expunged them from the court records.

The federal government had in 2030 upon the repatriation of the $300 million to Nigeria from the United Kingdom announced that the money would be used to fund the completion of the Second Niger Bridge, the Abuja – Kano dualisation, and the Lagos – Ibadan Expressway.

The Federal Government of Nigeria, the United States Government and the Bailiwick of Jersey then entered into a tripartite agreement for the implementation of the $ 300 million Abacha loot on the condition that the funds would be used as part of the funding for the completion of the Second Niger Bridge, the Abuja – Kano dualisation and the Lagos – Ibadan Expressway.

Flowing from the agreement, the Federal Government sent out an invitation for consultants to submit proposals to the Federal Ministry of Justice, whereupon, the claimant PPP Advisories Consortium was among the four prequalified firms among the 17 firms that responded to the request for prequalification.

After the evaluation of the financial proposals of the four prequalified consultants, the claimants PPP ADVISORIES CONSORTIUM was disqualified on alleged deficiencies in the claims submitted for qualifications.

The disqualification was conveyed to the plaintiffs in a federal government letter of July 28, 2020.

Listed as defendants in the writ of summons marked FHC/ABJ/CS/1449/2020 and dated November 3, 2020, are the Attorney-General of the Federation and Minister of Justice (AGF); the Permanent Secretary, Federal Ministry of Justice and Solicitor General of the Federation’ Mr. Dayo Apata, SAN, (sued as Chairman Ministerial Tenders Board) and the Bureau of Public Procurement.

The claimants through their counsel, Dr Daniel Bwala, urged the court to make an order setting aside the decision of the procurement panel adjudging it’s Technical and Financial proposal as non-responsive.

They equally urged the court to make an order directing the defendants to issue a letter declaring them as the winning bidder, and invite them for negotiation, having achieved the highest score and therefore emerged the winner of the bid.

However, in his final judgment, Justice Ekwo agreed with the defendants that the suit had become statute-barred having been instituted outside the three months stipulated by law.

The Judge rejected all the public documents tendered by the plaintiffs to establish the case because they were not certified as required by law.

Justice Ekwo also held that the plaintiffs failed to establish that they were legally registered as required by law.

“I have said that the court in deciding the case will look into all issues raised and that the case of the plaintiffs must succeed on its own merit and not on the weakness or failure of the defendants.

“I can safely say at this point that I am unable to ascribe probative value to any of the documents tendered by the plaintiffs to establish this case.

” I find no merit in this case and for this reason, this suit is liable to be dismissed and I hereby dismiss it accordingly”, Justice Ekwo said.