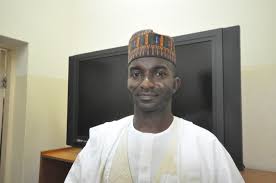 An application filed by Abdul-Aziz Nyako, son to a former Adamawa State governor, Murtala Nyako seeking for the release of his international passport, to enable him travel to Saudi Arabia, to perform the lesser hajj has been adjourned to February 26, 2019 to hear by Justice Okon Abang of a Federal High Court, Abuja.

Bringing the application to court on February 25, 2019, defence counsel, R.A. Liman, told the court it was for the release of the international passport for the second and third defendants.

Prosecuting counsel, O.A. Atolagbe, however, noted that the prosecution would need time to go through the application and to come back to the court with its reply. Justice Abang, thereafter, adjourned for “hearing of the application”, and fixed April 8, 10 and 11, 2019 for “continuation of trial”.