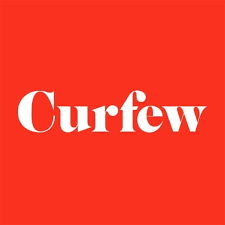 ABIA – Following the recent development of 14Brigade soldiers coming after members of the Indigenous People of Biafra (IPOB), Abia State Governor Okezie Ikpeazu on Tuesday 12th of september 2017 has announced a three day curfew in Aba, the commercial nerve of the state.

Ikpeazu in a release that he signed at the end of a two-hour  meeting with heads of security agencies in the state at the Government House, which was ascertained by our reporter through the Chief Press Secretary to the Governor, Mr. Enyinnaya Apollos said that the curfew would be effective from 6pm to 6am within the three days.

While the Governor acknowledges the Python Dance II operation in the southeast as was enabled by the army authorities, he urged that such action should be carried out according to global standards.

The release further urged members of the public and Aba residents to be law abiding and go about their businesses without any fear as government on its part was committed to ensure the safety of lives and property of visitors and residents of the city and neighbouring towns.

Excerpts of the release read as follows: “Abia State has for the past few days been the focus of security searchlight occasioned by the reported skirmish between some groups in the State, especially Indigenous People of Biafra (IPOB) with men of the Nigerian Army.

“Government notes and has observed the frenzy of activities of members of IPOB within Afara – Umuahia, the ancestral home of the leader of IPOB for some months now.
Government is equally aware of the recent proclamation by the Nigerian Army of Operation Python Dance II within the South – East geopolitical region of Nigeria.

“The operation as declared by the Army is intended to check kidnapping, banditry, assassination, secessionist activities within the region, amongst other forms of criminal activities.

“The recent confrontation between the Nigerian Army and members of IPOB on Sunday, 10th September, 2017, could presumably be attributed to the commencement of the said Operation Python Dance II.

“While the Government of Abia State recognizes the right of the Nigerian Army and other security agencies, to perform their statutory duty of protection of lives and property of Nigerian citizens, such duties must be carried out within acclaimed Nigerian and international standards of engagement with the civil populace, with due respect to the human rights of citizens and sanctity of human lives.