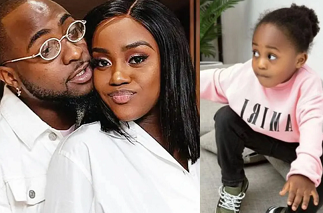 The son of a popular Nigerian music star,  Davido and his fiancee, Chioma, Ifeanyi is dead.

Several media platforms have reported that the DMW boss and Chioma were away from the house when the three-year-old boy drowned in a pool at his father’s house in Banana Island on Monday.

It was said that the boy was rushed to a hospital at Lekki where he was pronounced dead.

Trait News reports that the development has been trending on all social media platforms since 12 a.m.

It was learnt that quite a number of people who were at Davido’s house when the incident happened had been arrested.

But when contacted the Lagos State Police Public Relations Officer, Benjamin Hundeyin simply said, “I can’t confirm that yet”.

Police order Portable to report himself over Gang Beating