Disquiet in NLNG over concession to IOC equity lifters 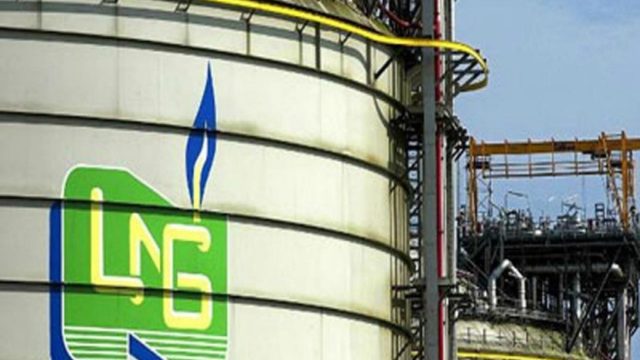 Disquiet in NLNG over concession to IOC equity lifters

The incoming managing director of the Nigeria Liquefied Natural Gas (NLNG) Ltd, Philip Mshelbila will meet with a big controversy when he assumes duty month-end: in-house disquiet over the lifting concession given to IOC shareholders.

Under “equity lifting” in the project, the joint venture partners — Shell, Total and Eni — have an obligation to off-take, transport and market.

The Nation reports that deferrals, defaults and cancellation of cargoes are creating an in-house crisis and market tension for the NLNG.

More than 20 LNG cargoes have suffered deferrals despite demand surge in the international market, a market source briefed journalists at the weekend.

There are fears that the deferrals and defaults may affect the Nigerian market among international customers.

The federal government plans to increase Nigeria’s LNG production by 35 per cent with Train 7, but this is already facing threats with the latest development.

Gas supply targets have been impacted owing to Eni’s AGIP 50 per cent supply mark to the plant, the source said, describing it as “very poor”.

Shell and Total have recorded over 90 per cent each “in the past few months”, he said.

“There is disquiet within and from the market in NLNG over cancellation of cargoes and unnecessary deferrals,” the source said.

“This is one of the issues which the board and the new management need to address for a smooth take off.”

Giving insight into some of the challenges in NLNG supply chain, he said: “The Nigerian LNG production capability is still at an impressive level of close to 90 per cent, which, if managed properly and concessions are made by the international oil shareholders lifters, could well lead to an avoidance of performance reputational risk the Nigerian LNG is currently been plagued with in global markets. Independent third party gas supply could also be a solution.

“In the last six months over 20 LNG cargoes have been affected, with an estimated increase to 50 cargoes by year end. Traditional buyers such as Galp, Enel, Gas Naturgy have struggled.

“Deferral notices are sometimes made just weeks prior to Vessel arrival at Bonny Terminal. This practice, except for rare situation of force majeure, is very well below international acceptable standards.”

The board of the NLNG, chaired by Edmund Daukoru, a former minister of petroleum resources, is said to be “worried”.

“It’s all over the market these days on how unreliable Nigerian LNG is in recent times,” another source explained.

“There is certainly lack of prudence. We continue to see abrupt deferrals, defaults and cancellation of cargoes especially when the market is highly profitable. It seems like a scramble between IOC shareholder lifters and others.

“This conflict is causing major supply disruptions and a very high level of operational inconsistencies, leading to unnecessary demurrage exposures and penalties.

“If things continue in this perception and complexities set in, it won’t be surprising to see off takers demand for performance guarantees for future lifting.

“This will be disastrous for credit ratings and could impact on future financial syndication for LNG project expansion.

“Whilst the IOC shareholder lifters have the capacity to take almost all of the LNG volumes produced, there has been a growing concern in global markets about conflicts, price fixing, insider trading and undue advantages.

“These IOCs’ shareholders derive better terms and flexibilities over others, supplying in the same market, which could lead to anti-trust and anti-competition litigations and petitions.

“Naturgy, a Spanish Multinational natural gas and electric company, had levelled allegations of discriminatory/antitrust practices in favour of NLNG IOC shareholders during an arbitration process that was eventually settled.”

NLNG production capacity is expected to rise from 22 million metric tons per annum to 30 million.

The price of LNG is soaring globally while the market is recording an all-time high in demand for the product.

A third source who spoke with journalists expressed worry about the risks to the Nigerian government.

“These continued lack of confidence driven by Nigeria LNG’s unprofessional defaults and performance, as perceived by international off-takers in the LNG global market, not only gives other regions an edge over Nigeria LNG position, but creates a risk of losses the government of Nigeria could be exposed too,” he said.

An industry third source who spoke with journalists expressed worry about the risks to the Nigerian government.

“These continued lack of confidence driven by Nigeria LNG’s unprofessional defaults and performance, as perceived by international off-takers in the LNG global market, not only gives other regions an edge over Nigeria LNG position, but creates a risk of losses the government of Nigeria could be exposed too,” he said.

President Muhammadu Buhari said the ground breaking for Train 7 hat the NLNG earned revenue of $114 billion over the years, paying $39 billion in taxes and $18 billion in dividends to the federation.

Mshelbila, the outgoing CEO of Atlantic LNG in Trinidad & Tobago, will take over from Tony Attah, the current NLNG MD from Shell.