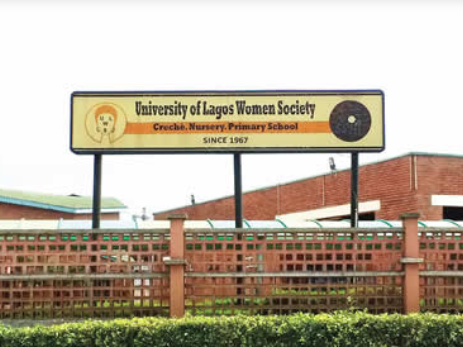 The Lagos State Police Command has begun investigation into the alleged molestation of a 4-year-old student of the University of Lagos Women Society Nursery and Primary School, Akoka, Lagos.

According to The Punch, the suspect identified as Abiodun Matthew was a driver employed by the management of the school. He got close to one of the teachers, Charity Madumere who sometimes left the pupils in his care. It was in one of such cases when she left her class in his care that he allegedly molested the kindergarten pupil.

The father of the victim, Mr. Ade, who is a lecturer at UNILAG, said he had noticed the closeness of the driver to the teacher and complained to the school authorities. He claimed that his warning was ignored until his daughter became a victim.

“Obviously, this guy had been hanging out in the class for a long time, but I noticed recently and I felt that it was dangerous. I complained through the communications book, which serves as a link between the parents and the school. I expressed concern about having a man in the midst of innocent children.

“The class teacher, after being spoken to by her supervisor, told the man to stay away. But after the heat had gone down, the man resumed sitting with the children. At times, I met him alone with the pupils in the class where they were kept before pick-up by their parents or guardians.” he said

The distraught father said his fear became real when his daughter complained of difficulty passing urine, adding that when he prodded her, she did not say anything. He added that the victim later confessed to her elder sister, who then informed him.

“On Sunday, March 24, 2019, she told her elder sister, who is six-year-old, that she experienced pain when she urinated. The sister told me and I asked her if anybody had touched her in her private parts, but she did not tell me anything.

“She confided in the sister that it was one uncle Biodun, who had been touching her. We were just settling down for breakfast when I heard it. Immediately, I lost my appetite. Blood rushed to my brain. I knelt down and prayed to God to help me control my anger, so that I would not do anything untoward.

“I called the head teacher and she said I should see her on Monday. I took my daughter to the UNILAG medical centre for tests and I was told that the hymen was gone and there were abrasions and lacerations in her private parts. Last Friday, we went to the Mirabel Centre, Lagos State University Teaching Hospital, for thorough tests and the revelations were more damning. He was not only using his penis, he had been using sticks and biros. Gas was oozing out of my daughter’s private parts when a doctor examined her.” he said

The suspect, the class teacher, the assistant class teacher and the supervisor were arrested and detained at the Sabo Police Station but were later released on bail. Mr Ade alleged that the school was trying to cover up the case in order to protect its image.

“After the incident, the board of the school, led by the President, came to my office to commiserate with me and announce that the services of the class teacher were no longer needed, only for me to see her in class on Monday.

“These are people who are supposed to be protecting children. It has happened to my child today, who knows whose child it will be tomorrow. And it has not even been established that my daughter was the only one molested by the man, because since the beginning of the session, he had been in constant contact with the children.” he said

Confirming the incident, the Lagos state police command spokesperson, DSP Bala Elkana, said the state commissioner of police, Zubairu Muazu, has since directed that the case be transferred to the Gender Unit of the command for further investigation.

“Four suspects were arrested in connection with the case. They are Abiodun Matthew, Charity Madumere, Olubukunola Oyinlola and Esther Olawale. The suspects are in custody and the CP has directed the gender unit to take over the investigation,” he stated.

Share
Facebook
Twitter
Pinterest
WhatsApp
Previous article‘Having material things will never make me envy you, especially knowing what you had to do to get it’ – Victoria Kimani
Next articleCristiano Ronaldo’s girlfriend, Georgina Rodriguez reveals they ‘fell in love at first sight’.