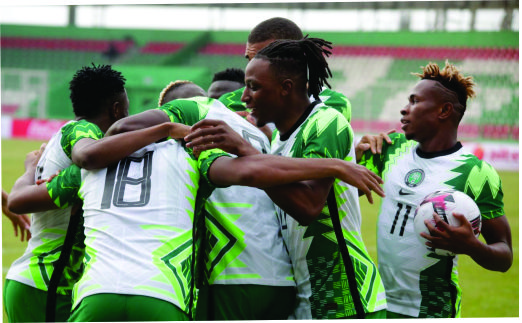 Former Nigeria striker, Victor Ikpeba, has claimed the Super Eagles are not the best team in African football at the moment.

Ikpeba stated this in reaction to the team’s mixed results in their recent 2022 World Cup qualifying matches.

The three-time African champions were shocked 1-0 by the lowly Central African Republic at home, before winning 2-0 three days later in Douala, Cameroon.

Despite topping Group C and looking set to qualify for the next round, Ikpeba is concerned that Nigeria cannot dominate African football.

I have always said that this team can win the Nations Cup but we are not the best when it comes to African Football right now.

“At this point, we have to beat Cape Verde because the destiny is in our hands.