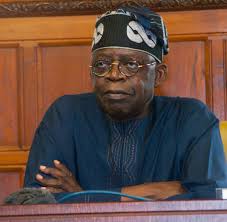 A group of founding members of the All Progressives Congress (APC) has called on the national leader of the party, Asiwaju Bola Tinubu to demonstrate democratic leadership by wading into the multi – faceted crises rocking the party.

The group warned that should Tinubu fail to deploy his political engineering capacity to intervene in the crises now, he may not have a platform to actualise his presidential ambition come 2023.

In an open letter to Tinubu on Thursday, signed by Alh. Salihu Mustapha, Deputy National Chairman of the defunct Congress for Progressives Change (CPC) and eleven others, the group said urgent and sincere intervention of the former governor of Lagos state is needed before the conduct of the party’s governorship primaries in both Edo and Ondo states.

The group adduced the various crises at state chapters of APC to manifestation of injustices, and reckless abuse of power by the party leadership at the national sectetariat, especially the National Working Committee (NWC).

This is as the national chairman, Adams Oshiomhole was acussed of running the a one man National Working Committee of the party.

The National Chairman was castigated for writing a letter to INEC to change the official address of the Edo State chapter of APC contrary to Article 8 (page 6) of the APC Constitution, which also requires the approval of NEC.

In the same vein, Oshiomhole wss alleged to have drafted a PDP loyalist in person of Pastor Ize – Iyamu who fiercely fought against the election of President Buhari in February 2019 elections in Edo State into APC and anoint him as party’s candidate in the coming hovernorship poll.

The silence of Tinubu in the midst of recent crises rocking APC, it was alleged, has further enabled impunity by Oshiomhole,hence the need for the former Lagos state governor to take urgent reconciliatory steps.

“We expect that by now he should be able to provide incontestably fair leadership to all party members, through which some specific actions of the APC National Chairman Comrade Adams Oshiomhole can be moderated and made to conform with internal due processes as provided in the provisions of the APC constitution, no matter how loosely defined given the motto of our great party – Justice, Peace and Unity.

“Let us not be misunderstood. We are not in any way, suggesting that Asiwaju jumps into the fray in the many of the festering and lingering internal disagreements within the APC, requiring reconciliation.

“We are also making this demand, bearing in mind that Asiwaju Bola Tinubu is eagerly desirous of continuing from where PMB stops in 2023, and his response to issues of the day within the APC, will signposts how the soup will eventually taste.

“We made this assertion with all sense of responsibility based on the belief that our party deserve the best and we are proud to have some of the best democrats Nigeria has produced as leaders of our party.

“Therefore as one of the best democrats in the history of our country, Asiwaju need to categorically declare his position on many of the contentious decisions of the Comrade Oshiomhole’s NWC.

” This calls to question the democratic credentials of our party and with it the democratic orientation of our leaders in the party. Will our leader, Asiwaju Bola Tinubu, be on the side of fairness and democracy? The side of justice and reconciliation, or the side of impunity and disunity perpetrated by no other person than the APC National Chairman, Comrade Adams Oshiomhole.

“Clearly, as the National Leader, Asiwaju Tinubu will be doing party members a great deal of injustice without coming out and providing reconciliatory direction on this crucial matter of internal party disputes.

“We would not like to entertain the idea that the moral authority of our National Leader cannot be activated now, to put the APC on an even keel for more exploits in 2023 and beyond”, the group said..

The group, however, noted the political engineering capacity of the APC National Leader, Asiwaju Bola Tinubu in the past, notably in January 2018, when President Buhari gave the task of reconciling leaders of the party to him.

However, it wondered “if there can be a reconciliation in an atmosphere of impunity perpetrated by the National Chairman of APC, which could not have been possible without the tacit green light from the National leader himself.

“We find it bewildering that just within a space of one month, Comrade Adams Oshiomhole had serially and violently violated the APC Constitution that the silence of Asiwaju, the National Leader is disconcerting.

“So, where is the National Leader when one man is desecrating the APC Constitution and at every turn killing the party?

“Is that the kind of party we would want to ride on in 2023? Is Nigerian politics about to witness the rebirth of former President Obasanjo’s draconian control of party structures as we move closer to 2023?

“It is time for Asiwaju Tinubu to demonstrate his democratic leadership. It is time he gives life to the institutionalization of APC and not create the perception that he is behind this brigandage that is tearing the APC apart, with severe consequences for the capacity of the party to hold on in one piece as we inch towards 2023.

“As democrats, we believe that such actions are reprehensible and condemnable. No leadership will condone such illegal actions that can only undermine the democratic ethos upon which APC stands”. 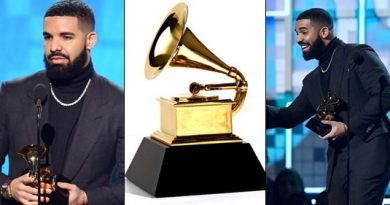 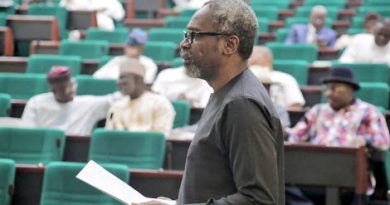 Gbajabiamila Introduces A Bill To Halt The Use Of ‘Estimated Billing’