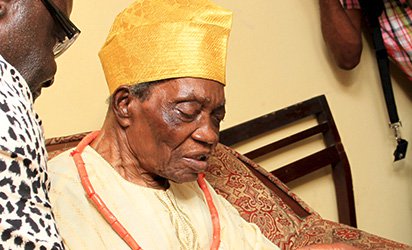 The All Progressives Congress (APC) in Edo state, former Deputy Governor of the state, Rev. Peter Obadan, former Chief whip of the senate, Senator Rowland Owie, have lamented the death of Justice Jackson Obaseki, saying it was a great loss to the people of the state.

The late Obaseki, who is the uncle to Edo state governor, Godwin Obaseki, died aged 93 at about 5pm on Thursday after a brief illness.

APC, through its Edo state secretary, Lawrence Orka, stated that, “the news came to us as shock and we are still in shock. He was like a father to our governor, Godwin Obaseki and we know the role he played during the electioneering campaign even as an old man.

“But we celebrate him for what God has used him to achieve. May his soul rest in peace”.

On his part, Senator Owie said, “the news of his death was shocking. He was a great Nigerian, disciplined Benin man, he was a man of integrity. He believed in truth, he stood on truth and delivered truth at every point in time, throughout his public life.

“I pray that the Almighty God, in the name of our Lord Jesus Christ and the intercession of our Blessed Virgin Mary will grant him a place in heaven and protect members of his family in Jesus name”.

Obadan who described him as a man who excelled in his career, asserted that,
“he was at the peak of his career the time when Midwest region was at the forefront of the many activities of this country. It was obvious that his judgments were very sound and up till tomorrow he is being referred to in the legal profession.

“He did us very proud, it is a big loss to the entire people of Edo state and Nigeria because he has become an icon and a reference point.

It is obvious that the Obaseki’s looked up to him for counsel as the head of the Obaseki family. And one is pleased today to see one of those he mentored as governor of Edo state.”