The Edo state governor, Godwin Obaseki, has reacted to the decision of the APC to disqualify him from participating in the party’s governorship primaries slated for June 22, 2020.

The chairman of the screening committee, Prof. Jonathan Ayuba, today announced that Obaseki and two others did not meet the requirement set by the APC to participate in the primaries.

Reacting to the development, Obaseki in a statement released by his spokesman, Crusoe Osagie, said he had initially mentioned that going by the manner in which activities leading to the primaries were being held, there was no way he would get a fair assessment in the run-up to the nomination of candidates to fly the flag of the party in the forthcoming Edo gubernatorial election.

He said it is unfortunate that this “open show of shame, illegality, and travesty of justice is the brand of democracy which Comrade Oshiomhole has reduced the APC to”.

The governor added that he will not be appealing the party’s decision to disqualify him and wished Oshiomole well.

“WE HAVE THEREFORE DECIDED THAT IT WOULD BE AN EFFORT IN FUTILITY TO APPEAL WHATEVER THE UNJUST OUTCOME OF THE EVALUATION AND SCREENING PROCESS OF THE APC WILL BE, ESPECIALLY WHEN COMRADE OSHIOMHOLE HAS DECLARED THAT HE IS THE SUPREME COURT AND ULTIMATE DETERMINER OF THE FATE AND FUTURE OF OUR GREAT PARTY.

WE WISH OSHIOMHOLE WELL IN HIS MALADMINISTRATION OF THE PARTY AND TRUST THAT THE ALMIGHTY WILL HELP OUR COUNTRY TO FIND THE PATH TO TRUE LIBERTY, FREEDOM, AND JUSTICE,” OBASEKI SAID

Obaseki and Oshiomole have been in a running battle over who controls the affairs of the state. The state governorship election is slated for September 19, 2020.

UK: Prime Minister Boris Johnson Arrives at Downing Street Ahead of His Return to Work 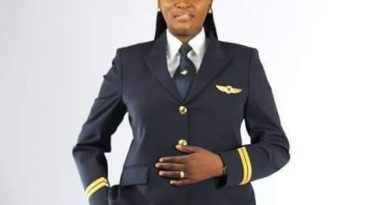 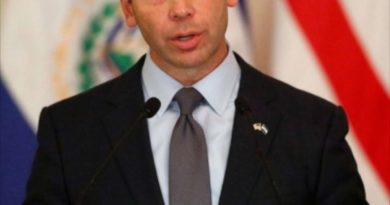