The Economic and Financial Crimes Commission (EFCC) has denied news that it has arrested the Chief Justice of Nigeria Walter Onnoghen.

Sharing a Twitter thread, the commission wrote that the rumor, which spread Tuesday night, is fake news.

The attention of the EFCC has been drawn to the falsehood being spreading on the social media that the EFCC has arrested the Chief Justice of Nigeria, Justice Walter Onnoghen.

This is a figment of the imagination of the purveyors of the fake news. For the record, the EFCC never went to the house of the CJN for arrest neither was invitation extended to him.

I really don’t know where they got the information from. So many media men were here earlier with cameras over the same report. But what I can tell you for now is that there was no such thing. It is false news.

The CJN is currently being charged with 6 counts of false declaration of assets by the Code of Conduct Tribunal. 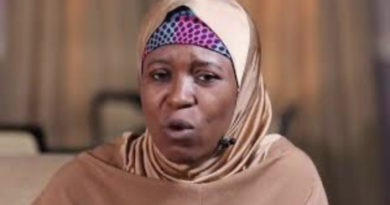