HomePOLITICSEl-Rufai: Nothing Can Stop Us From Sacking Unqualified Teachers | Trait News
POLITICSTHE NATION

El-Rufai: Nothing Can Stop Us From Sacking Unqualified Teachers | Trait News 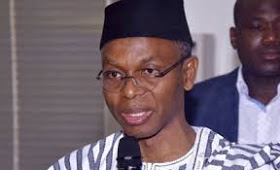 The Kaduna State Government, Nasir El-Rufai has remained resolute with its decision to lay off over 21,000 primary school teachers.

“No amount of protests will deter the government from recruiting qualified teachers, while giving disengaged teachers the entitlements specified in their terms of service.”

This follows the ‘Primary Four Test’ which was administered by the State Universal Basic Education Board (SUBEB) in June to assess their quality in terms of service delivery.

According to the state government, out of the 33,000 teachers that sat for the exam, 21,780 failed to score the 75% agreed benchmark while only 11,000 got 75% and above, a situation which has raised a lot of dust between the teachers and the government.

Speaking at a conference, Mr El Rufai said: “Many times, the decisions we take offer us no political advantages in a polity long accustomed to the false allure of populism. But we do what is necessary, not minding the direct impact on us personally, but conscious of the dire consequences of inactions for our people, it is irresponsible not to act when most of primary school teachers cannot score 75% in a class 4 examination or to shrink from verifying workers and pensioners because the ghost workers and others affected will scream and make the world believe that nobody in Kaduna State is being paid any salary or pension.”