The Nigeria police  has warned the Afrobeat legend, Seun Kuti and the management to stop a proposed meeting about EndSARS movement which is expected to hold today.

Seun has planned hosting a meeting tagged ‘ EndSARS movement; Lessons and tasks’ which is to hold on Tuesday, 17th November, 2020 by 12 noon at Afrikan Shrine, Lagos State.

However, the Alausa Division of Nigeria Police said in a letter that such a meeting should not hold especially at a time when the state is trying to stabilize threats to life and property caused by hoodlums during the EndSARS protest.

Nigeria Police letter reads: “I write under the corporate social responsibilities and your precedent support to Alausa police station about the mass meeting of a movement of the people tagged EndSARS movement; Lessons and task which is to emerge on Tuesday, 17th November 2020 about Nigeria Police brutality by 12 noon at Afrikan Shrine, Lagos State.

“I want to quickly recall your attention to the recent EndSARS protest nationwide which was staged in the nation in the last five weeks and ended up being violent, causing multifarious destruction, looting and burning down of government and private properties within the borders of the state as well as causing deaths and injuries to both security agent and innocent law-abiding citizens. 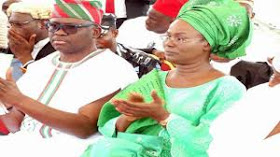 You Will ‘Meet Your Waterloo’ If You Antagonise My Husband’s Continuity Agenda, Fayose’s Wife To Ekiti PDP Politicians 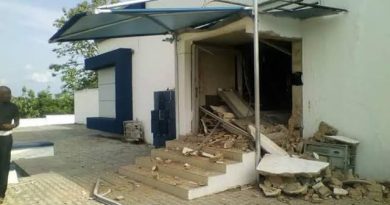