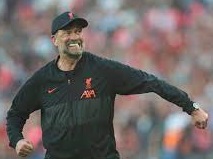 Jurgen Klopp, Liverpool manager has insisted that he would not walk away if there is any change in the club’s ownership.

Earlier this week, the Americans responded to reports of a sale, by saying they would consider the option of bringing in investors only if it was in Liverpool’s “best interest.”

“Whatever happens, I really like how we work together with our owners, but if that would change, I’m committed to the club, obviously.

“As far as I know, they are looking for investors and I thought that makes sense,” Klopp told reporters after Liverpool beat Derby County on penalties in the League Cup.

EPL: Why I subbed Salah off during 3-2 defeat to Arsenal – Klopp