ESPN reportedly set to pay On-Air personality, Stephen A. Smith up to $10 million per year 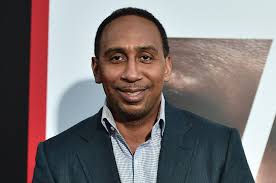 His current contract is reportedly worth around $5 million per year. The “First Take” personality and syndicated talk show host could see a raise “in the $8 million-to-$10 million range.”

When the raise is effected will surpass Mike Greenberg, who is currently ESPN’s highest-paid personality and earns an estimated $6.5 million per year.

Smith’s deal with ESPN is set to expire in 2021. He joined the company in 2005, working as a weekday radio host while writing for The Philadelphia Inquirer.