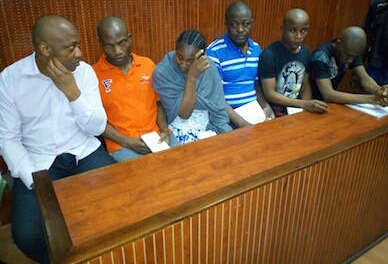 Kidnap kingpin, Chukwudubem Onwuamadike better known as Evans has pleaded guilty to the kidnapping charges levelled against him by the Nigerian Police Force.

He pleaded guilty today, Wednesday, 2017 at a Lagos State High Court. Evan was arraigned along with five other accomplices on two counts bordering on kidnapping.

In his ruling,  Justice Hakeem Oshodi ordered that Evans and other male gang members  be remanded at Kirikiri Maximum Prison while the female member, who pleaded not guilty to all the charges, be kept at the Kirikiri Female Prison.

Share
Facebook
Twitter
Pinterest
WhatsApp
Previous articleBREAKING: Former two-time Senator , a Chieftain of the ruling All Progressives Congress, APC in Katsina state Kanti Bello, is dead
Next articleOoni of Ife and I are no more – Olori Wuraola