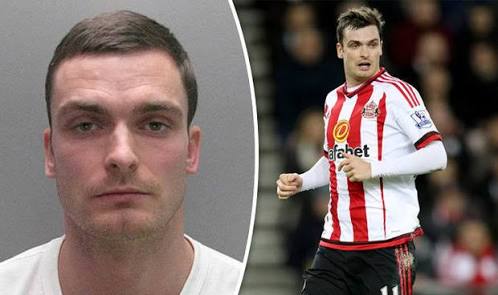 Ex-footballer, Adam Johnson, has been released from prison as it is revealed will not be permitted to spend time alone with his four-year-old daughter Ayla.

The 31-year-old was released from HMP Moorland overnight after serving just half of his six-year sentence for sexually penetrating an underage girl.

The ex-Sunderland player was locked up in 2016 for grooming, kissing and touching a 15-year-old girl.

Following his early release from prison, Johnson will closely be watched by officials. A social worker will monitor his every move while he is with his daughter and it is likely that he will live at a registered address.

He will also have to hand over his phone to officials without surrender and could be recalled to jail if he deletes anything without their knowledge.

Speaking to the Sun a source said: ‘Johnson will be treated like any other convicted sex offender. He’s a free man, but it comes at a heavy price.’

According to Daily Mail TV, Johnson will wait for 15 years before he can apply to come off the sex offenders register.