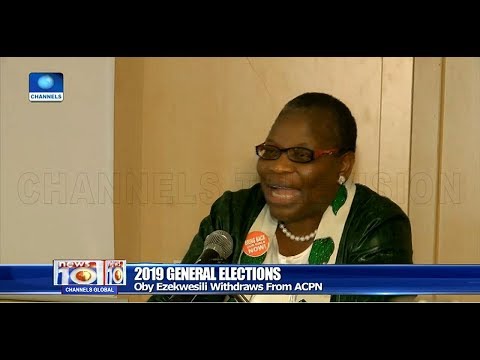 Oby withdrew from the race last month and shortly after, her now former party denounced her, accusing her of running for presidency in a bid to be offered a ministerial position.

Oby debunked the allegations, saying she had rejected offers for ministerial positions and wondered why she’ll run for office to get the same position.

Her campaign organisation also addressed the party’s statement about returning the campaign funds. They gave account of the income they received as well as the expenditure they made.

Ezekwesili also stated that she was never involved in campaign finances.