HomeNEWSFauzuddeen Mahmoud: Zamfara, a ship without a compass
NEWSPOLITICSEXECUTIVESSTATE GOVERNMENT

Fauzuddeen Mahmoud: Zamfara, a ship without a compass 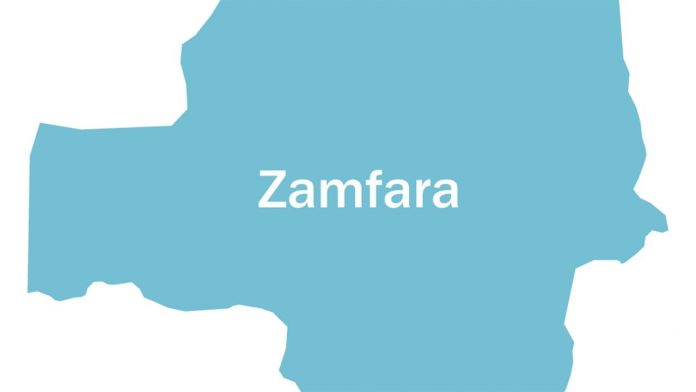 Over the last few months, I have been attuned to the realities of the administration of Zamfara Governor, Bello Matawalle, because of my belief that midterm analysis is a fair starting point. During this period, I engaged those within the corridors of power in series of dialogues just so as to arrive at a logical conclusion that is devoid of bias.

I was able to exorcise political sentiments from their submissions through the presentation of unalienable empirical data about Matawalle’s midterm performance.

To begin this submission, I ask: what is the political agenda of this government? What’s the blueprint? Is it health? Education? Social empowerment or what? The singular fact that this fundamental question is begging for an answer smacks of the big strategic flaw of this government.

The centre cannot hold and thus, things are falling apart! Since the 2 year anniversary celebrations of mostly “air projects”, Zamfara has been on overdrive, free-falling head first, from the very top of a critically flawed system of governance to an abyss!

Since May when the executive council was dissolved, the state has been running inefficiently due to the lack of cabinet. Critical ministries like those of Health, Education, Works and Disaster Management were left for five months without heads to steer their respective affairs for no tenable reasons.

I went through the budget performance report for 6 months of the year in view and the figures are nothing but a prelude to a gloomy dawn. Critical MDAs that play vital roles in our socioeconomic trajectory recorded 0% capital release.

In this quagmire, the renovation of the Government House gulped in excess of 3 billion naira! What logical explanation can be tendered in favour of this act of fiscal indiscipline? To cap it all, our overall capital expenditure performance for the year in view is an abysmal 10.5%, with the fiscal year only 2 months to end.

Zamfara is rock bottom in almost every socioeconomic statistics: Literacy index; Malnutrition; Maternal mortality; Economic viability…you name it. But there are funds to service the egos and luxuries of the elites. This administration went as a far as building 19 flats for all Northern governors! What absurdity!

The current administration is suffering from political gratification syndrome! In a clinical analysis of top appointees, one would easily discern that most of them are there as kickbacks, not as diplomats or technocrats that could meaningfully contribute to the development discourse.

Governments the world over are reducing the cost of governance in order to attain some degree of fiscal sustainability. Priorities are set based on revenues and capital demands. But in Zamfara, the opposite is the norm.

Kaduna’s IGR is four times higher that of Zamfara and it has more opportunities for revenue generation. The state has just 18 ministries. Kebbi has 19, Kano 20 and Sokoto 26. Why do we need additional ministries? What bearing have they got on the socioeconomic dispensation of the state?

Why should we have a ministry for Hotels Management when the state owns none? How does this administration plan to shoulder the additional fiscal stress? Where do we get more money? The only option is to borrow more and that’s risky because our current debt stock is already in the excess of N110billion, a 65% increase since 2016.

Another might be to stiffle the capital release and effectively become a “Recurrent Budget Government”. The problem with our dear state is that it was created on a foundation that served the structures of the past and now that things have changed.

Successive administrations maintain the status quo, so as not to disrupt the system and overheat the polity. They exchange batons in servicing a failed system! Change will continue to be elusive until we distrupt the norm. With all that’s happening, Matawalle’s administration seems another preserver of failed governance.