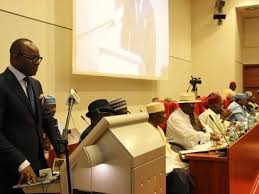 The Minister of State for Petroleum Resources, Dr. Ibe Kachikwu, has warned that Federal Government would prosecute any marketer  selling petrol above the recommended N145per litre.

Kachikwu stated this while Speaking yesterday during a meeting of the committee set up by government to resolve grey areas in the supply of petrol, he however denied saying that marketers could be allowed to sell petrol above the prevailing N145 per litre.He said: “We are actually looking at those who have breached this process to see what we can do to penalise them and set stiff penalties for those who sell above N145 per litre.

“Going forward, there will be very massive enforcement, firm position and firm tracking of product within the country. Nobody deserves this up and down, in terms of product supply. “So, I want to make it very clear that there is no discussion on price increase issue. The price of petrol is N145 per litre and remains there. Nothing has changed and there is no mandate to increase that.”

The minister stated that there is no multiple price fixing environment where people can work outside of the umbrella of what has been fixed, adding: “What we approved was a modulation price within N135 and N145 per litre. There is no authorisation to sell petrol above N145per litre. No one is free to set the price above that range.”

He also hinted that plans were underway by the Petroleum Products Pricing Regulatory Agency (PPPRA) to review price template elements with a view to ensuring that marketers are allowed to participate in the process.According to him: “Obviously, the PPPRA develops price template and helps government monitor importation into the country so that we are sure of the actual volume that comes in and all that. Template has always been an issue, because as prices change in the international market, some of the items in the template have question marks.

“There are two lines over the template. There is actual cost of landing products and the second one is ancillary charges that have to do with logistics and profit margins for the operators, which are all below the line elements.

“As part of the work of this committee, we are also reviewing that template to see whether there are things we need to do, all in a bid to help us ensure that we can accommodate sales at the N145 per litre window. That is also going to be looked at.

“The PPPRA is working on that and the agency is hearing a special committee on that as well,” he explained.Kachikwu stressed that discourse on upward movement of petrol price is not for debate, saying: “This is very clear and it is not a matter for speculation and anybody who does speculation on it is not being helpful to Nigerians.

“Nigerians have already gone through a difficult Christmas period. We are working night and day to try and find solutions. It is not a political issue and people should step out of that goalpost. “We want to provide succour to Nigerians and provide petrol at N145 per litre. That is the presidential mandate and that is the Federal Executive Council (FEC) mandate. Nobody is having a deliberation on that.”

He reiterated government commitment toward ensuring adequate supply of petroleum to Nigerians within the N145 price parameter that it has been set. Meanwhile, a former Group Executive Director (GED), Exploration and Production, Nigerian National Petroleum Corporation (NNPC), Abiye Membere, has called on government to learn from the mistakes of the past and adopt “progressive subsidy withdrawal” model, which he said would entail timed withdrawal of subsidy in small bits that would not have big impacts on petrol price until subsidy is phased out.

Member said alternatively, government could tie pump price to crude oil price, as applicable in other derivatives, such as base oil and in advanced countries.

“For instance, as soon as crude oil price is $5 above the current price, there will be an increase in pump price of petrol by a percentage and when it drops, we need to see a similar percentage drop in pump price.

“Nigeria must find an appropriate price for petrol, just as it did to diesel. The public must be told when withdrawal of subsidy will happen and then plan for it. What we are doing right now is cut and paste, instead of adopting a more sustainable method.

“The Federal Government must also make provisions for the cushioning of the effects of increased petrol price on the citizenry, especially at this period, where prices of foodstuff is high. We have to be very careful and react fast to developing the sustainable model. If not, its impact on the economy might take the country back to lower GDP growth and if persistent, take us back to recession, as our economy might not be able to sustain high subsidy payments.

“If crude oil goes to $80 per barrel, the Nigerian economy would be in bigger trouble, as the subsidy payments will also go up, especially if some unpatriotic Nigerians get involved and decide to take products outside our borders to sell at higher prices and make huge profits illegally.

“The time to act is now and the parastatals in charge of fixing pump prices should be ahead of the game with monthly convincing data and transparent model that the country can support to sustain our fragile economy.”

Towing the same line of argument, Dr. Mohammed Ibrahim, a former special assistant on Petroleum to former Head of State, Gen. Abdulsalami Abubakar, warned that the return of unauthorised subsidy regime would crash the naira and might likely engender social upheaval that has never been witnessed in the history of Nigeria.

“Unapproved subsidy will throw up social upheavals that have never been witnessed in the history of Nigeria, because this is a major year for election. Offering dollar to marketers at N305 to the dollar, waivers on import duties and subsidy price regime are not sustainable.“While we can sell crude oil at $80 per barrel, Nigeria will be spending about $200 per barrel on imported petrol. I can bet that the naira will not survive beyond 60 days and will exchange for N1000 to one dollar.”

While the Kano-born energy expert said there was urgent need to rejig the sector, he submitted that Dangote Refinery would kill the existing three refineries in the country. He stressed: “The optimism that Dangote Refinery will solve our problems when it comes on stream in 18 months is grossly misplaced. The Jamnagar Refinery, which is the biggest refinery in the world, is a private sector crude oil refinery owned by Reliance Industries in Jamnagar, Gujarat, India, commissioned on July 14, 1999, refining 1,240,000 barrels per day, has only 600 employees running it.

“Our own Kaduna Refinery is by far smaller and has about 3,000 employees. This shows that Dangote will be run by fewer people and more efficient and will push the present refineries into their graves within a very short period of time.“What happened to NITEL is what will happen to the present refineries. Dangote Refinery will sell at international price and government will have to pay subsidy to Dangote to supply products at international market.

“Yet, I see senior government officials celebrating Dangote Refinery, while declining to rehabilitate government owed ones.”He declared that the Federal Government must adopt international best practices to address domestic supply of petrol and refrain from engaging in unapproved subsidy regime. 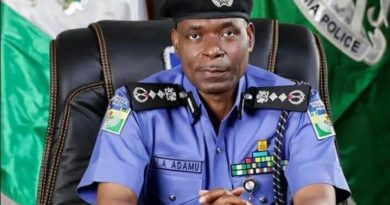 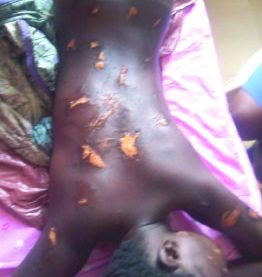 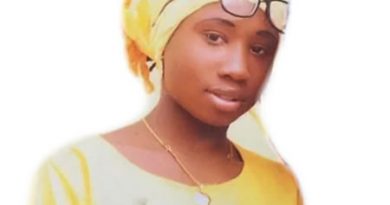