Legendary Manchester United manager and most successful British Manager, Sir Alex Ferguson, has been consulted by the club, as they seek to appoint former Midfielder Ole Gunnar Solskjaer, to replace Jose Mourinho as manager.

The UK Independent reports that Ferguson has given his endorsement to the appointment and the club has held advanced talks with Solskjaer.

United want to appoint a stand-in for the rest of the season before the weekend, with a view to re-assessing their managerial position in the summer.

And a key requirement is someone who understands the club culture after the perceived divisions fostered under Mourinho.

As a club legend Solskjaer fits the mould, and it is understood the players are expected to be told he will be their next manager on Tuesday night.

If Solskjaer is appointed, Mike Phelan will return to the club in an assistant role. He left when Sir Alex Ferguson retired.

Financial Autonomy: Buhari Has Given Us The Best Sallah Gifts – Obasa 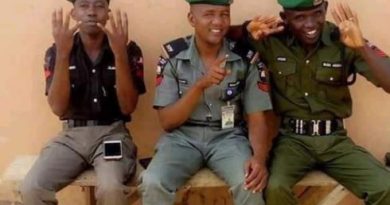