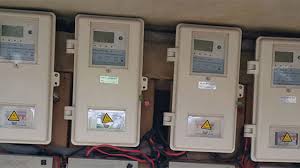 Nigeria Federal Government has announced that about N37 billion is now available for electricity distribution companies (Discos) to assist them in their metering plans.

The Minister said, following the approval of the Federal Executive Council (FEC) earlier in the year, the dispute over meter supply contract that started since 2003, was resolved by a court approved settlement last Thursday.

He explained that the N37 billion is available for meter supply by the contractor to DisCos who want to partner and can reach their independent agreement with the contractor, adding that,  while it awaits the regulations by NERC, a lot of preparatory work can be done.

On the progress achieved in the last one month towards incremental and steady power supply,  Fashola announced that, the Transmission Company of Nigeria (TCN) expanded transmission capacity in Zaria, Kaduna State and Funtua, in  Katsina State by adding 40 and 60MVA transformers to the transmission sub-station to increase the TCN capacity to transmit power in those areas

Also, he said the Nigerian Electricity Regulatory Commission (NERC) completed consultation and issued the regulations needed to guide the operations and implementation of the eligible customer declaration to increase capacity to distribute power