The Minister of Information and Culture, Lai Mohammed, has said that the Federal Government has spent N2.7 trillion on agriculture and provision of other critical infrastructure in the 2017 budget.

The minister disclosed this at a Town Hall Meeting in Dutse on Monday to boost agriculture in the state in particular and the country in general.

NAN quoted Mohammed as saying that the government has been busy in rehabilitating and constructing rail lines to link all parts of the country with one another.

According to the minister, it was necessary to ensure transportion of perishable products like tomatoes, pineapples, onion among others to avoid wastage.

In his remark, agriculture minister, Chief Ogbeh said that it was unfortunate that most of the perishable items get spoiled on the way due to vehicle breakdown or other reasons, hence the need for alternative transportation. 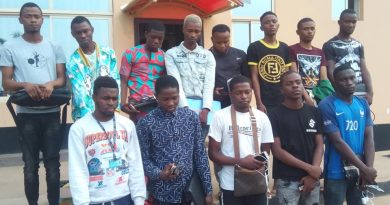