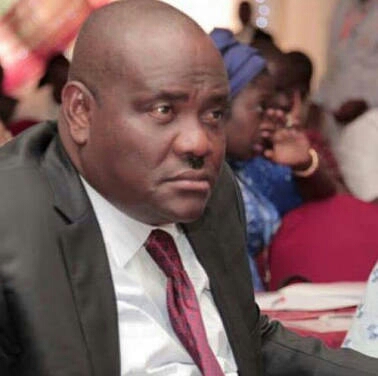 Rivers State Governor, Nyesom Wike, has accused the federal government of weakening the justice system of Nigeria by clamping down on judges.

The governor said the “systematic intimidation of the judiciary by the federal government had nothing to do with “its dubious and much discredited fight against corruption in the judiciary.”

He said the reason why FG is doing this is “to lay the grounds for the wholesale politicisation of the justice sector in the country.”

Speaking during the Special Court Session to mark the opening of the 2017/2018 Legal Year, the governor said Federal Government was guilty of impunity, and threat to rule of law and impartial delivery of Justice.

In his statement, Wike said: “The danger in the incremental politicisation of the judiciary has started manifesting in the poor quality of justice from the election tribunals where judges are appointed and directed to execute pre-determined results, and also in the quality of the Court of Appeal, where seniority, proven competence and integrity are blatantly passed over for partisan affiliations in the appointment or elevation of judges to that court.”

“When all is said and done, let us not forget that Nigeria is still a nation of laws and not of strong men. While the federal government is guilty of impunity, the greatest threats to the rule of law and the independence of our judiciary are the judges who lack the courage to defend our collective rights to an impartial judicial system or compromise their oaths in order to remain in office.”

Wike described the FG modus operandi in this context, as means to deny judiciary, its functions as separate arm of government. He noted that judiciary serves as an entity which must unreservedly respected, protected and preserved for the sustainable development of the country.

Governor Wike alleged that since 2015, the nation had not seen any single initiative from the federal government to either reform or correct real or perceived inefficiencies in the nation’s judicial system.

He said: “We continue to witness an insidious erosion of the Rule of Law and the independence of the judiciary through a combination of vile threats, unwarranted interferences and opportunistic pressures on judges in a manner and scale never seen before in the political history of this country.

“Indeed, judges appear to have been intimidated to the point where some now find it very uncomfortable even to attend official State functions with governors for fear of being blacklisted thereafter and eventually punished,” he stated.

Wike said: “Just two months ago, we flagged off the residential housing scheme for judicial officers, including those serving at the Federal level so that our judges can have the peace of mind to do their work in their own comfortable homes for life.

“Today, I am happy to announce that we have equally designed a similar housing scheme for magistrates, which construction we shall flag off in a couple of weeks”. He said