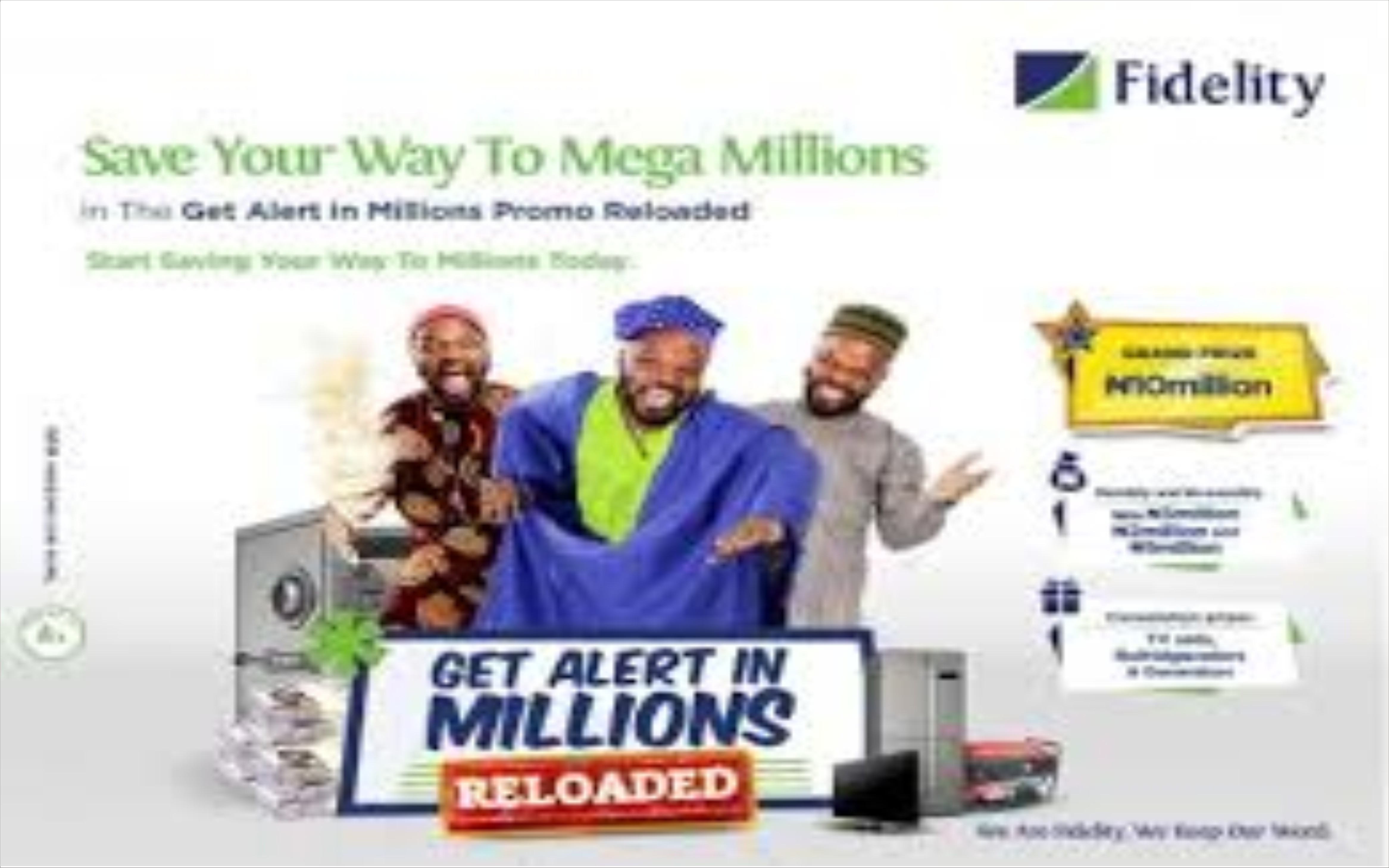 One of the leading financial bank in Nigeria, Fidelity Bank Plc has rewarded some of its customers across the country with N13 million and consolation prizes in the  5th  monthly draw of the ‘Get Alert in Millions’ reloaded promo.

The customers, who emerged winners in the draw, were from the six geo-political zones such as South East, South South, South West, Abuja, North and Lagos region.

Speaking at the event, which was held at the Lagos Island Branch of the bank, Managing Director/Chief Executive, Fidelity Bank, Mr. Nnamdi Okonkwo, said bank has so far given out a total of N81 million cash prizes to 153 winners and numerous consolation prizes. Represented by the Divisional Head, Retail Banking, Mr. Richard Madiebo, he said: “More people will win in the coming draws. We have the star prize of N10 million that will sum up the promo. The most important thing for us is to reward our customers”. Oknonkwo explained that the 5th monthly draw was 7th in the series of the promo which the bank introduced 10 years ago.