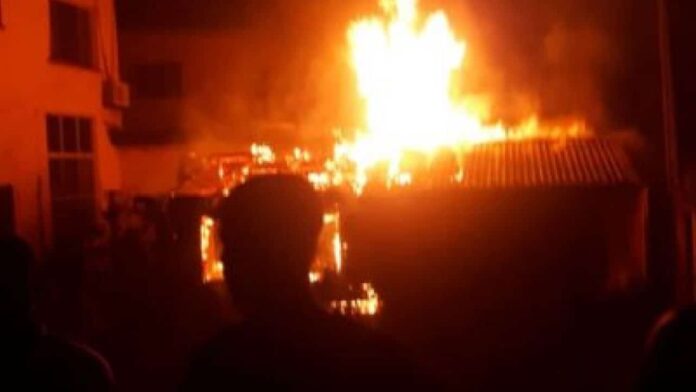 An 8-year-old girl was killed in the Wednesday night fire incident at Ugwuaji community, in Enugu South Local Government Area.

State Fire Chief and Rescue Officer, Okwudili Ohaa, told NAN on Thursday that the inferno started at about 8:30 pm within Umunnaugwu Quarters.

Three rooms were totally razed, while 10 rooms in the building, a bungalow, were saved.

Ohaa noted that the timely intervention of the fire team and engines stopped further spread.

“However, before we could get to the scene, unfortunately, the fire had engulfed one of the rooms a little girl was sleeping in,” he said.

The official sympathized with the family and pray to God to grant them the fortitude to bear the loss.

Lazarus Anya-Anike, grandfather of the deceased and landlord, said the fire was caused by candlelight.

Anya-Anike disclosed that the girl was preparing for secondary school common entrance examination.

“My granddaughter, Ifunanya (8), was inside the room sleeping while other children fled when the fire started. They shouted for help as it was beyond their control”, he said.