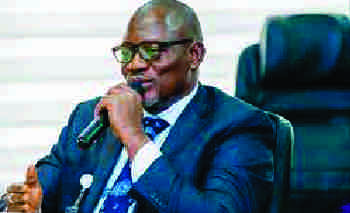 The Federal Inland Revenue Service (FIRS) has announced that it is proposing the introduction of Road Infrastructure Tax in Nigeria.

The new tax is to help fix the roads across the country and ensure that the informal sector is brought into the tax net with contribution to building a modern society.

The disclosure was made by the Executive Chairman of FIRS, Muhammad Mamman Nami, while receiving a delegation of the Nigeria Union of Journalists, NUJ, led by its National President, Chris Isiguzo, in his office, on Thursday in Abuja, according to ThisDay.

Nami noted that the tax would ensure that the roads are safe and always in good condition for commuters. He said the proposed Road Infrastructure Tax which will be administered by the FIRS, would provide the government with adequate funding for road construction, rehabilitation, and maintenance, as well as providing the needed security for roads in the country.

The FIRS boss said, “One quick and very important intervention required of you is in the area of the Road Infrastructure Funding Scheme that the country needs in order to fix our roads and bring the informal sector to the tax net.

“In many jurisdictions, road users pay for the use of road infrastructure as such it shouldn’t be seen as an additional burden on our citizens because it has the potential of making life better for all of us.”

Nami stated that Nigeria’s economy at the moment depends a lot on revenue from the non-oil sector in order to carry out its statutory responsibility of paying salaries and providing social amenities to its citizens.

He revealed that despite the recent rise in the price of crude oil which normally should have impacted positively on the Petroleum Profit Tax payable by oil-producing companies, this has failed to reflect in the collection

“Huge losses brought forward and unrecouped capital allowances reported by most of the companies due to production shut in and the fall in oil price in 2020, as a result of the covid-19 pandemic which reduced their revenue.”

Speaking at the occasion, the NUJ president described FIRS as a vital institution in the country, which, requires all the support it needs especially at a time when the country is security-challenged, adversely affected by Covid-19 and faced with FOREX crisis as well as political intrigues from different parts of the nation.

The Executive Chairman of the Federal Inland Revenue Service, Mohammed Nami, had in August said that a proposal has been sent to the federal government for a law on road tax.

The senate had a few years ago, stepped down further legislative action on the Federal Roads Fund Bill following criticism from Nigerians over the idea of additional tax burden on them. The bill which was to finance the development of road infrastructure in the country required Nigerian road users to pay at least 7 new taxes, the most controversial of all being a N5 fuel levy.