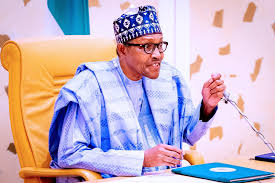 He advised the Federal Government to focus mainly on securing the nation and conducting a successful 2023 elections.

In his words, “The decision of the FGN to seek and get the approval of the National Council of State to conduct the National census in April 2023 must have come as a great shock to most well-meaning Nigerians.

“A country that is facing existential challenges such as unprecedented level of insecurity, collapsing economy cannot have as one of its priorities, the conduct of a National census.”

In another development, Umar lamented that despite the huge government investment in the water sector and by international organisations, water scarcity had grown to become a perennial nightmare for residents of Abeokuta, the Ogun State capital.

He regretted that the residents of the city do not have clean and portable water amidst the scourging effects of COVID-19 pandemic
Share
Facebook
Twitter
Pinterest
WhatsApp
Previous articleIG Tasks 21,039 Promotees On Renewed Zeal, Vigour In Service
Next articleOsun APC: Aregbesola’s loyalists confirm defection plans