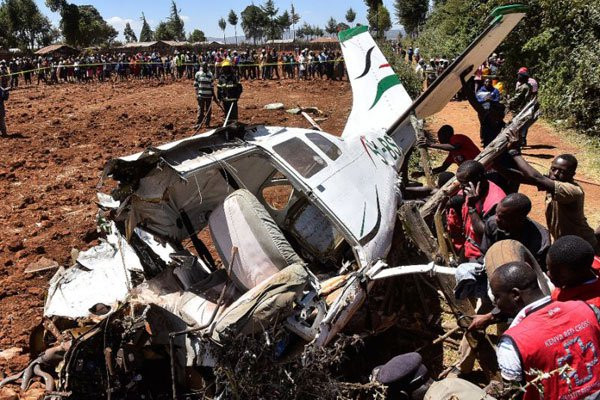 Four Americans and their Kenyan pilot were killed when their helicopter crashed on a remote island in Lake Turkana in a national park in northwest Kenya.

The aircraft came down in Central Island National Park at around 8 p.m. on Sunday, killing all on board.

The cause of the crash is to be determined.

“Available information indicates that two helicopters had landed earlier at Labolo tented Camp on the National Park’s Island, however one managed to clear the area safely,” Kenya’s National Police Service said on Twitter.

Police did not identify the victims, saying next of kin had to be notified first.