HomeNEWSFuel scarcity: We can no longer sell at N165/litre – IPMAN hints...
NEWSBUSINESSOIL & GAS

Fuel scarcity: We can no longer sell at N165/litre – IPMAN hints on new price regime 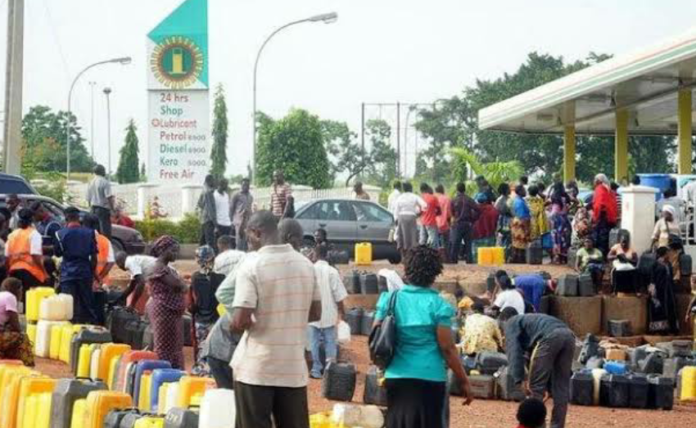 LAGOS – As fuel scarcity hit the city of Lagos on Monday, The Independent Petroleum Marketers Association of Nigeria (IPMAN) has explained why the panic buying and long queue resurface in the state and other parts of the country.

Trait News correspondence in Abuja, recall that the fuel scarcity in the Federal Capital Territory had been persisted since May.

In an interview with Channels Television, the Lagos Zonal Chairman of IPMAN, Akin Akinrinade insisted they were not on strike.

Akinrinade noted that the operating environment has become hostile to their businesses.

He also insisted the marketers had not embarked on strike as speculated.

“Members of Independent Petroleum Marketers Association of Nigeria IPMAN have shut down their stations, not because we are striking; we are not on strike,” Akinrinade said.

“Rather, the business environment has been very hostile to us such that we can no longer do business under this condition. For you to load a litre of petrol, you pay in N162 per litre,” he added.

Akinrinade said that it was no longer feasible to sell the product at the recommended price of N165 to a litre, adding that the landing cost of petrol was between N175 to N178 naira to the litre.

“Our members can no longer sell (petrol) at N165 per litre; in fact, there is no reasonable person in this business that can sell below N180 per litre, so it is not as if we are on strike,” he concluded.