President Muhammadu Buhari on Wednesday presented the 2019 budget proposal to a joint session of the National Assembly (NASS) and the President of the Senate, Bukola Saraki addressed the house.

Buhari was accompanied to the National Assembly by Vice President Yemi Osinbajo and members of the Federal Executive Council, FEC, on Wednesday.

Loud ovation and encomiums heralded Buhari’s arrival to the joint session with shouts of “Sai Baba’’ as he waved to the crowd.

Senate President, Bukola Saraki and Speaker of House of Representatives, Yakubu Dogara jointly presided over the joint session, with Saraki introducing the ceremony

Saraki’s full speech is as below:

”Mr. President, on behalf of my colleagues, Distinguished Senators of the Federal Republic of Nigeria and Honourable Members of the House of Representatives, I welcome you and members of your Executive team to the fourth joint session of the National Assembly on the presentation of the Budget proposals.

” I commend Mr. President and the Economic Management Team for putting together this all-important fiscal policy document, which is expected to give life to economic and social programmes that are pivotal to our national development as we go into a crucial year in our national life.

” Without doubt, the last three-and-a-half years have been eventful ones at the global level and in our domestic economy. From dips in oil prices to major shifts in the economic landscape, crude oil production shut-ins and security challenges, the economy and Nigerians have been directly impacted by these events. Many businesses closed down and many people lost their jobs during the recent recession. In the same period, we lost innocent citizens to insurgency in parts of the North East, thousands were displaced, and many lives also lost due to clashes between farmers and herders, in addition to the general hardship unleashed by unstable economic winds.

”These are some of the security challenges we have faced. We must take them head-on; it is a battle we must win as a country. It must be admitted that we are not there presently. For one, these security challenges now pose a threat to the viability of the agricultural sector. This is clear in the marked reduction in agricultural output observable since the first quarter of 2018. There is the need for more efforts by all. We here are prepared to give all necessary support to the Executive. We stand ready and committed to assist in every way we can, in order to ensure food security and the protection of lives and property.

”The recovery from the recession is still fragile. The fundamentals underlying the recovery remain weak, and if unchecked, can lead to dire consequences. The economy still runs on oil and very little progress has been made in terms of diversification. As a result, the expansionary budget policy in effect since 2016, which was aimed at raising spending and stimulating growth in the economy, was not matched by achievable revenue targets. The corollary is higher and rising deficit as well asa considerable debt burden, all due to an unsustainable fiscal stance.

” The under-performance of independent revenues is straining government’s ability to meet its expenditure, especially investments in critical infrastructure. This further exposes government to higher deficit levels which have been largely financed by borrowing.

”To be clear, two scenarios will play out if we do not deal decisively with challenges to revenue. These would be to: i. accommodate higher debt with higher repayment costs, which is not sustainable; ii. reduce the capital budget, which would mean a slow-down in government investment in critical infrastructure. This, again, does not aid growth or economy development.

” Mr. President, it is for these reasons that the National Assembly required that the 2018 Budget proposal and future ones be accompanied by a Finance Bill, which would give credence to the financial proposals of government. It is one way of establishing credibility in projected revenues. It is imperative, therefore, that a 2019 Finance Bill is submitted to the National Assembly for consideration and approval.

” Mr. President, Distinguished colleagues and Honourable members of the National Assembly, as you will be aware, I have always stressed the importance of setting realistic revenue targets, because we cannot afford to rely on borrowing to finance recurrent expenditure. It is critical we shift focus to generating as much money as required for spending, at least for recurrent needs, so loans can be used solely to fund capital projects.

”. Another challenge we must address urgently is the huge cost deductions by the Nigerian National Petroleum Corporation (NNPC). Net oil inflow into the Federation Account is significantly lower than projected on account of these deductions by way of unappropriated petroleum subsidy. I have on many occasions stressed that it might be better to capture petroleum subsidy as a line item in the Budget if government must continue to finance it.

” We cannot shy away from this issue. The current system is opaque at best, fraught with inefficiencies and is a sure pathway to corruption. Estimated deductions for petroleum subsidy claims by NNPC year-to-date can neither be explained by the higher PMS landing cost nor the increased supply of petroleum to the domestic market. We can better manage these by returning to a more transparent practice of capturing the items as against the erroneous and illegal approach of cost recovery for payment for importation of petroleum products.

”I should also say that we will not get things right if we do not match budget credibility with predictability. It is in this regard that the National Assembly passed several constitution alteration bills including Sections 82 and 122 of the Constitution of the Federal Republic of Nigeria. The amendments to these sections are intended to engender timeliness in the formulation and approval of annual budgets as well as restore the country to a January to December fiscal year.

”. May I use this opportunity to request Mr. President to prioritise the assent of this important Bill. That way, delays in the submission and passage of the Budget will be a thing of the past. Also, the private sector, including local and foreign investors doing business in Nigeria, can plan their investment activities along predictable timelines.

”Mr. President will recall that in response to the economic recession, the National Assembly enacted a batch of laws to assist the Executive mobilise investment across the country, in order to stimulate economic activities. These bills are the product of far reaching engagements with the Executive. It is instructive to note that two of these- the Secure Transactions in Movable Assets Bill and the Credit Reporting Bill – are credited with helping to improve our country’s position in the World Bank Ease of Doing Business Ranking.

” Let me make clear that the National Assembly appreciates Your Excellency’s assent of some of these bills. This is tempered by the fact that some in this stack of priority bills, such as the Petroleum Industry Governance Bill, National Transport Commission Bill and Federal Road Authority Bill, to mention a few, have not been signed into law, contrary to the expectations of many. We recognize the prerogative of the president to sign or not to sign these bills. However, we believe that some of the issues cited for withholding of assent may be better addressed through further technical engagements, since the bills are, in the main, aligned to government policy direction.

” Certainly, we as the legislature are of the view that, unless we strengthen our laws to create the right structures that enable the private sector power the economy, we will not be able to create enough jobs and opportunity for our people to thrive and prosper. Through collaborative efforts and engagements with all stakeholders, we have passed bills designed to help government create jobs, open the entire market to private sector investment and modernise the economy.

”17. Let me use this opportunity to also commend Your Excellency on the Social Investment Programme initiative of your Administration. However, as laudable as this initiative has been, it is pertinent to note that the current approach is unlikely to have a sustainable, measurable impact that is free of corruption and abuse. You will agree with me that such a programme should carry no whiff of politicisation. Our role as leaders must always be to ensure that we deliver governance results that do not discriminate; and which ensure that all Nigerians irrespective of ethnicity, religion and political stripe have access and are seen to be treated equally.

”The National Assembly is willing and ready to work with Your Excellency on the people-oriented programmes of your Administration, to ensure success.

” At this juncture, let me assure Mr. President that the National Assembly shall continue to work with your team to ensure that whatever is required through legislation and oversight to plug revenue leakages and ramp up revenues is given priority.

”With these remarks, I hereby invite Your Excellency to address this joint session and lay the 2019 Budget proposal for the consideration of the National Assembly in accordance with Section 81 of the 1999 Constitution of the Federal Republic of Nigeria as amended. Thank you for your attention. 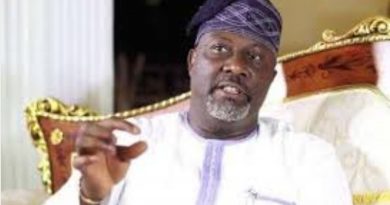 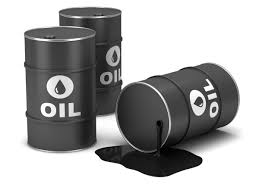