HomePOLITICSG20 summit:Trump and Putin to meet face to face for first time
POLITICSWORLD

G20 summit:Trump and Putin to meet face to face for first time 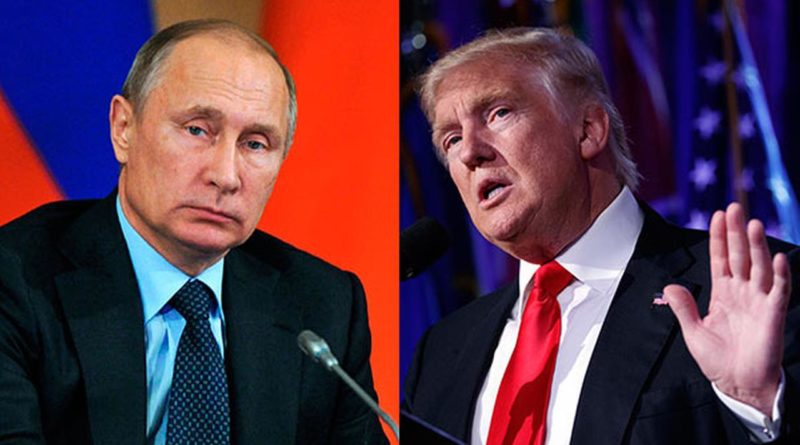 US President Donald Trump is to meet his Russian counterpart, Vladimir Putin, for the first time at a G20 summit in Hamburg, Germany.

They have both said they want to repair ties damaged by the crises in Syria and Ukraine, as well as Russia’s alleged meddling in the US election.

Climate change and international trade are set to dominate the summit, which is drawing mass protests.

By choosing to hold the summit in Hamburg, Germany’s northern hi-tech powerhouse, Chancellor Angela Merkel is seeking to show mass protests can be tolerated in an open democracy, correspondents say.

The two leaders are due to meet in the afternoon for an hour, Russian media say, though other reports suggest it could be about 30 minutes.

It is unclear if they will speak to reporters afterwards or to what extent media will be admitted to the meeting.

After phone calls between the leaders in January and May, the White House and Kremlin released summaries of the conversations.

What we do know is that the two men have staked out opposing views on major international issues in the run-up to the summit:

On Thursday, Mr Trump used a speech in the Polish capital Warsaw to call on Russia to stop “destabilising” Ukraine and other countries, and “join the community of responsible nations”
Setting out his own G20 agenda in German financial newspaper Handelsblatt, Mr Putin called for US-led sanctions, imposed in response to Russia’s annexation of Crimea in 2014, to be lifted on his country.

Mr Putin also argued strongly in favour of the Paris climate agreement, saying it was a “secure basis for long-term climate regulation” and Russia wanted to make a “comprehensive contribution to its implementation”. President Trump, of course, has taken America out of the agreement.

2023: Ohaneze Ndigbo has no involvement in my presidential ambition – Umahi