The contractor that recorded Governor of Kano State, Abdullahi Ganduje receiving bribes, has finally spoken on the matter.

He has also expressed his readiness to testify before the Kano House of Assembly panel investigating the issue.

In a letter sent to the chairman of the investigative panel, through Saeed Muhd Twada, his lawyer, the contractor, who was referred to as a ‘whistleblower’, said his allegation against Ganduje is strictly personal and that he would appreciate if the governor also appears in person at the panel.

He said his appearance before the panel will be based on the fulfillment of some conditions which were listed in the letter.

One of the conditions is that all the video clips will be submitted to two experts for forensic analysis and report: one, a serving officer of the Department of State Services (DSS) and the other an expatriate, while their bills will be paid for by the state.

“That a Certified True Copy of the Report(s) prepared by the experts shall be made available to our client prior to his appearance,” the letter read.

“That our client has undertaken to surrender to the experts, the device used in capturing all the events in the video clips submitted and others yet to be submitted for discreet analysis and scrutiny.

“That all the proposed questions to be asked by the panel in the anticipated session shall not be more than TEN (10) and shall be forwarded to our client in advance.

“That the sitting be restricted to limited persons and that our client should be allowed to wear mask, bear pseudo name and receive protection from authorities for himself, family and business undertakings.”

The contractor also demanded that the panel must also have in attendance the governor, Jaafar Jaafar, publisher of Daily Nigerian newspaper, and one Aminu Daurawa.

The Assembly, under the leadership of Alhaji Kabiru Alhassan Rurum, constituted a committee on October 15 to establish the authenticity of the videos.

Jaafar during his appearance before the committee on October 15 insisted that the videos were genuine.

However, Governor Ganduje denied collecting bribe from any contractor.

Testifying before the lawmakers, Ganduje said the allegation levelled against him are injurious.

He added that the said video clips released by the publisher of Daily Nigerian was aimed at tarnishing his image politically.

The state Commissioner of Information, Muhammad Garba while reading out the written response to the Committee, said, “I have the instruction of His Excellency, the Governor of Kano state, Dr. Abdullahi Umar Ganduje (OFR) to write as follows:

“That His Excellency, the Governor of Kano state categorically and unequivocally denied the allegation of collecting bribe from contractors as alleged by the publisher of the online newspaper, Daily Nigerian.” 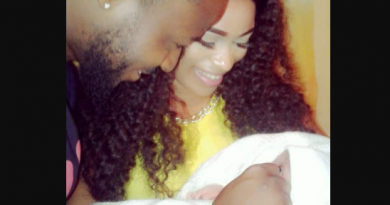 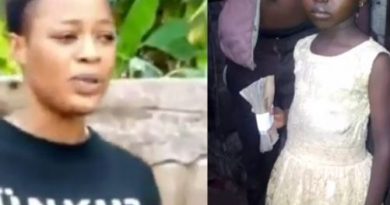 If Success and her family have made over N5Million, I deserve at least N1Million for recording the video” – Stephanie Idolor cries out

It was mere routine – Oshiomhole on meeting DSS