Ex-Minneapolis police officer (fires) Derek Chauvin has been arrested four days after George Floyd’s fatal arrest that sparked protests, rioting and outcry across the city and nation, and Hennepin County Attorney Mike Freeman announced he has been charged with third-degree murder and manslaughter.

“We have now been able to put together the evidence that we need. Even as late as yesterday afternoon, we did not have all that we needed,” Freeman said, before saying that he was unable to speak to specific pieces of evidence and which one specifically was needed to file charges.

“This is by far the fastest that we’ve ever charged a police officer,” Freeman said.

A criminal complaint released Friday afternoon details the events that unfolded May 25:

According to the complaint, officers were dispatched to Cup Foods on the report of a man buying merchandise with a counterfeit $20 bill. Shortly after 8 p.m., Officers Thomas Lane and J Alexander Kueng arrived with their body cameras activate and recording.

The officers learned from store workers that the man, later identified as Floyd, was parked in a car around the corner.

Body camera footage shows the officers approaching the car with Lane on the driver’s side and Kueng on the passenger side. Three people were in the car: Floyd, another man and another woman.

As Lane began speaking with Floyd, he pulled out his gun, pointed it at Floyd and ordered him to show his hands. Floyd then put his hands on the steering wheel and Lane holstered his firearm.

Lane then ordered Floyd out of the car and handcuffed him, but that Floyd “actively resisted being handcuffed.” Once handcuffed, however, police said Floyd did not resist and walked with Lane to the sidewalk. Floyd then sat on the ground at Lane’s direction.

The complaint says Lane spoke with Floyd for under two minutes, asking Floyd for his identification and name. He also asked Floyd if he was “on anything” and told Floyd he was going to be arrested for passing counterfeit currency.

Then, Lane and Keung stood Floyd up and attempted to take him to their squad car. Floyd then “stiffened up, fell to the ground and told the officers he was claustrophobic.”

That’s when Officers Chauvin and Tou Thao arrived on the scene in a separate squad car.

After making several attempts to get Floyd in the backseat from the driver’s side, the complaint says Floyd wouldn’t get in and would struggle with the officers by intentionally falling down.

The complaint says that Floyd began saying and repeating he could not breathe while standing outside the car. Chauvin then went to the passenger side and tried to get Floyd in from that side, with Lane and Keung assisting.

Chauvin then pulled Floyd out of the passenger side of the car at 8:19 p.m. and Floyd went to the ground face down while still handcuffed.

While Keung and Lane held Floyd’s back and legs, Chauvin “placed his left knee in the area of Mr. Floyd’s head and neck.” Floyd could be heard repeatedly saying “I can’t breathe”, as well as “mama” and “please.” The officers, however, stayed in their positions.

The officers told Floyd, “You are talking fine”, as he continued to struggle. At one point, Lane asked “should we roll him on his side?” To which Chauvin responded, “No, staying put where we got him.”

Lane then said he was “worried about excited delirium or whatever” to which Chauvin responded, “That’s why we have him on his stomach.” They continued holding their positions.

At 8:24 p.m., Floyd stopped moving. Kueng then checked Floyd’s right wrist for a pulse and said “I couldn’t find one.” The officers continued to hold their positions.

At 8:27 p.m., Chauvin removed his knee from Floyd’s neck as medics arrived. Floyd was taken away in the ambulance. He was pronounced dead at Hennepin Healthcare.

An autopsy report is pending, but the Hennepin County Medical Examiner did release these findings: There were no physical findings that support a diagnosis of traumatic asphyxia or strangulation, and that Mr. Floyd had underlying health problems, including coronary artery disease and hypertensive heart disease.

According to the medical examiner, “the combined effects of Mr. Floyd being restrained by the police, his underlying health conditions and any potential intoxicants in his system likely contributed to his death.

The complaint determined that Chauvin had his knee on Floyd’s neck for 8 minutes and 46 seconds total. Two minutes and 53 seconds of that time was after Floyd became unresponsive.

“Police are trained that this type of restraint with a subject in prone position is inherently dangerous,” the complaint said. 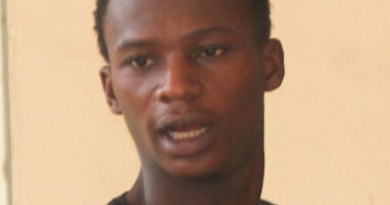