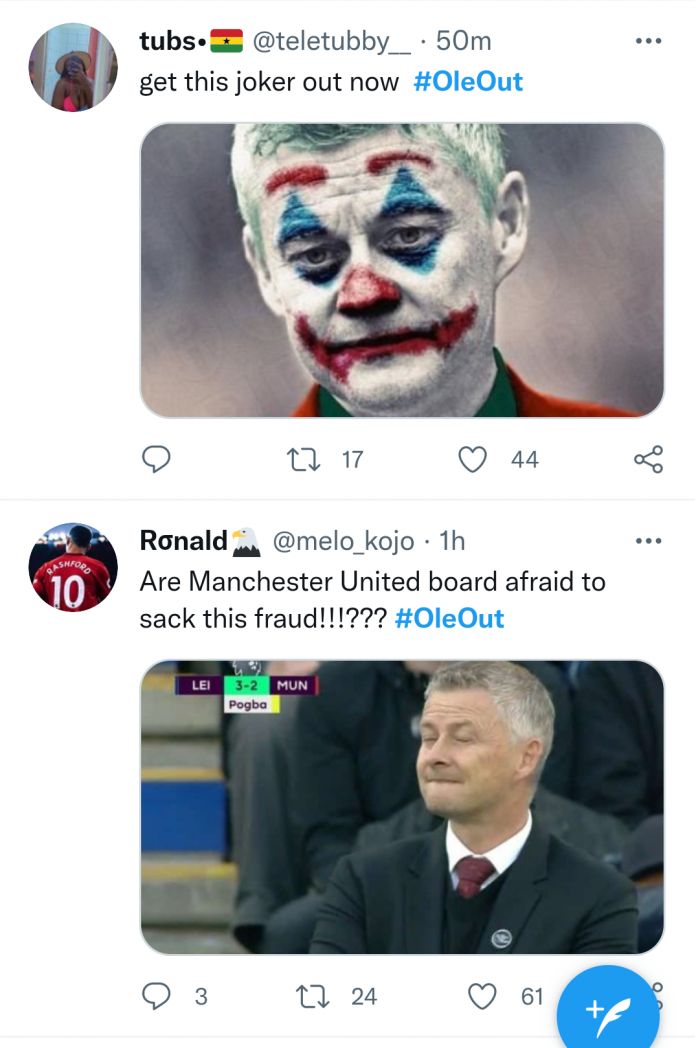 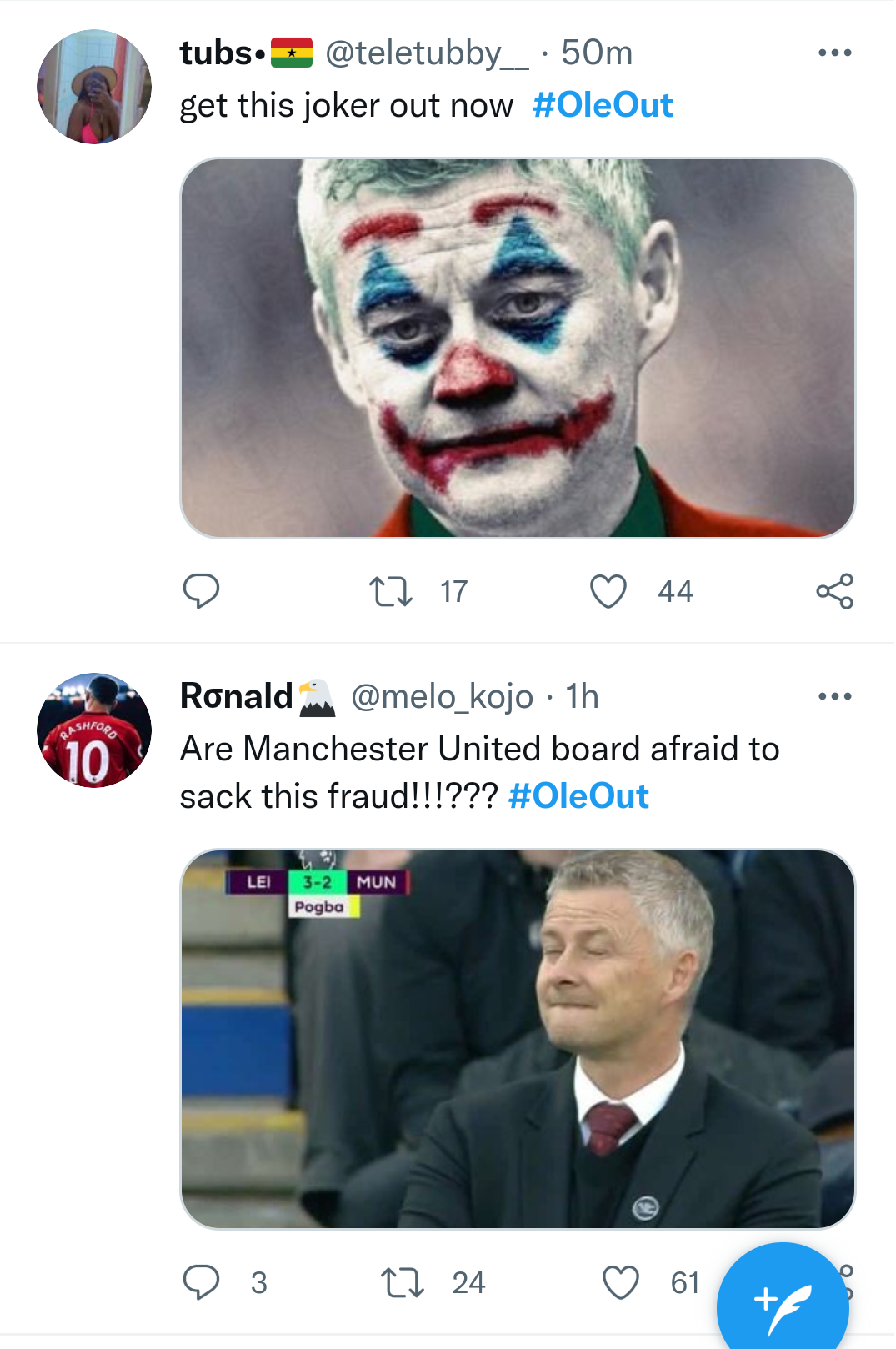 #Oleout is the number one trending topic on Twitter worldwide after Manchester United lost 4-2 away to Leicester City on Saturday evening, October 16.

It was an awful loss for their chances of lifting the Premier League title this season.

Mason Greenwood opened the scoring in the clash after thumping home a superb effort into the top corner from the edge of the box, but Youri Tielemans equalised in equally-sublime style, dinking into the corner after Harry Maguire’s error.

From there, pandemonium was sparked at both ends of the pitch. Caglar Soyuncu handed the hosts the lead, only for Marcus Rashford to hit back soon after being thrown into fray, having beaten the offside trap to slot home with ease.

Jamie Vardy then netted Leicester’s third goal just a matter of seconds later, and Patson Daka put the result to rest, turning home from a set-piece inside stoppage time to further pile the pressure on United manager Ole Gunnar Solskjaer

With United possessing the likes of Pogba, Bruno Fernandes, Raphael Varane and the recently acquired Cristiano Ronaldo, football fans at the beginning of the season envisioned the club as genuine title contenders. 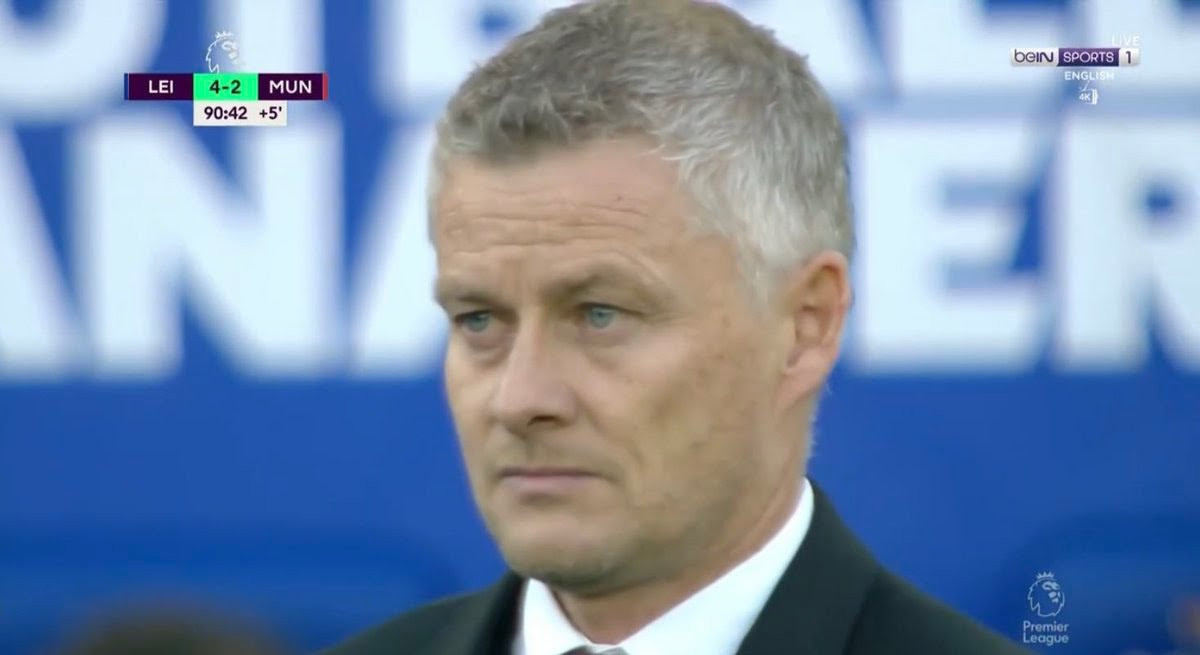 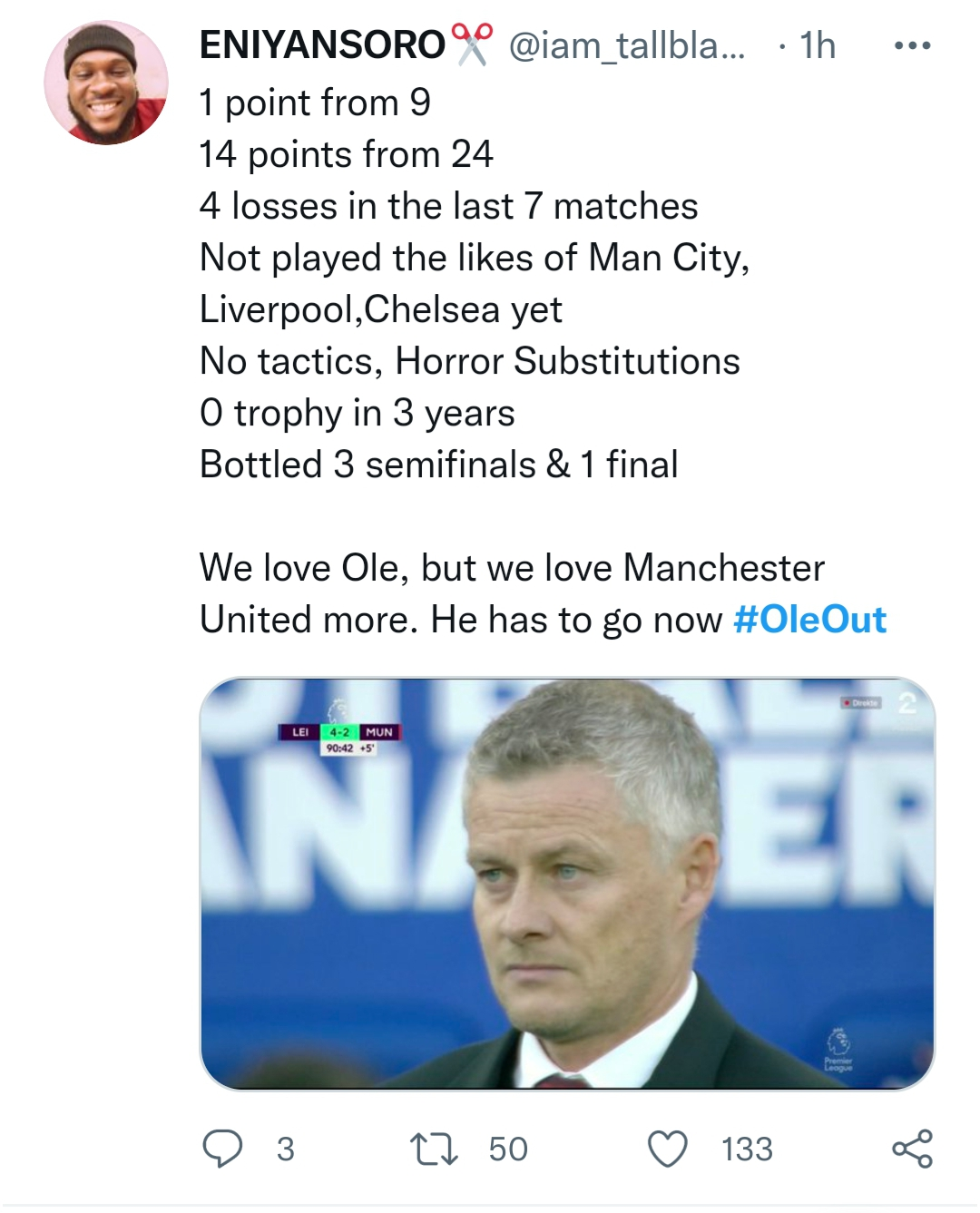 But with the club now winless in four games, the #OleOut crowd is now at an all time high and fans took to Twitter to reveal their discontent with manager, Ole Gunnar Solksjaer, with many of the opinion that its time for him to be sacked. 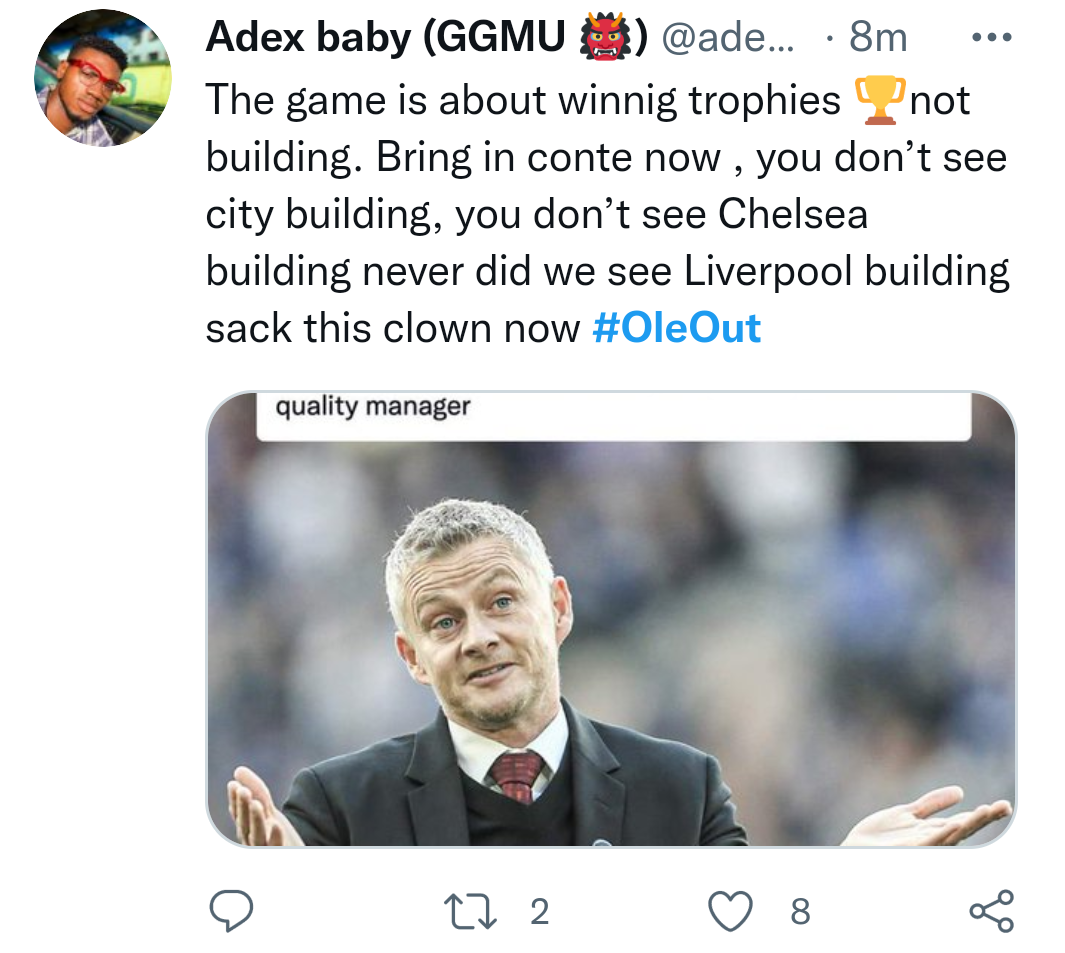 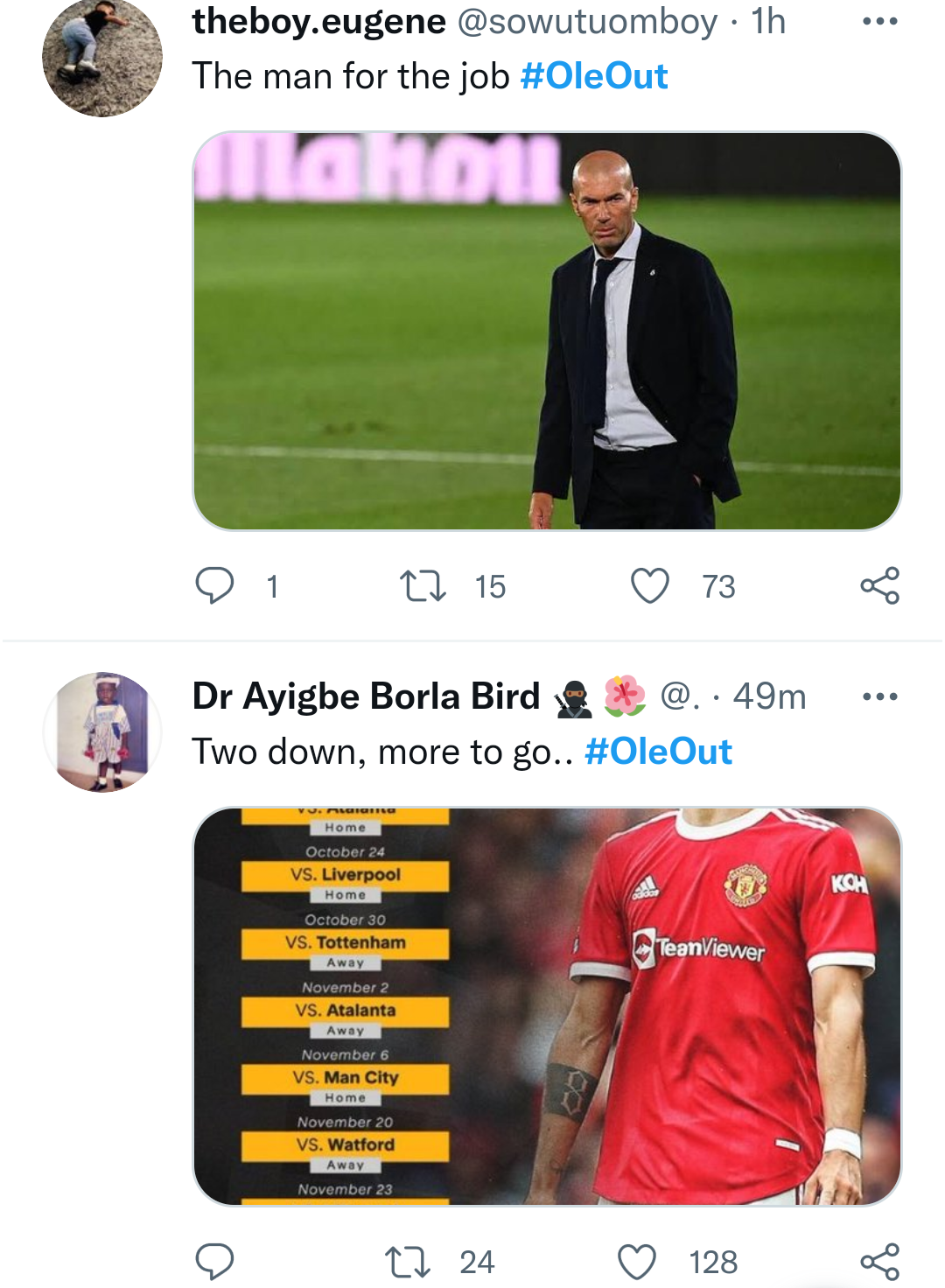 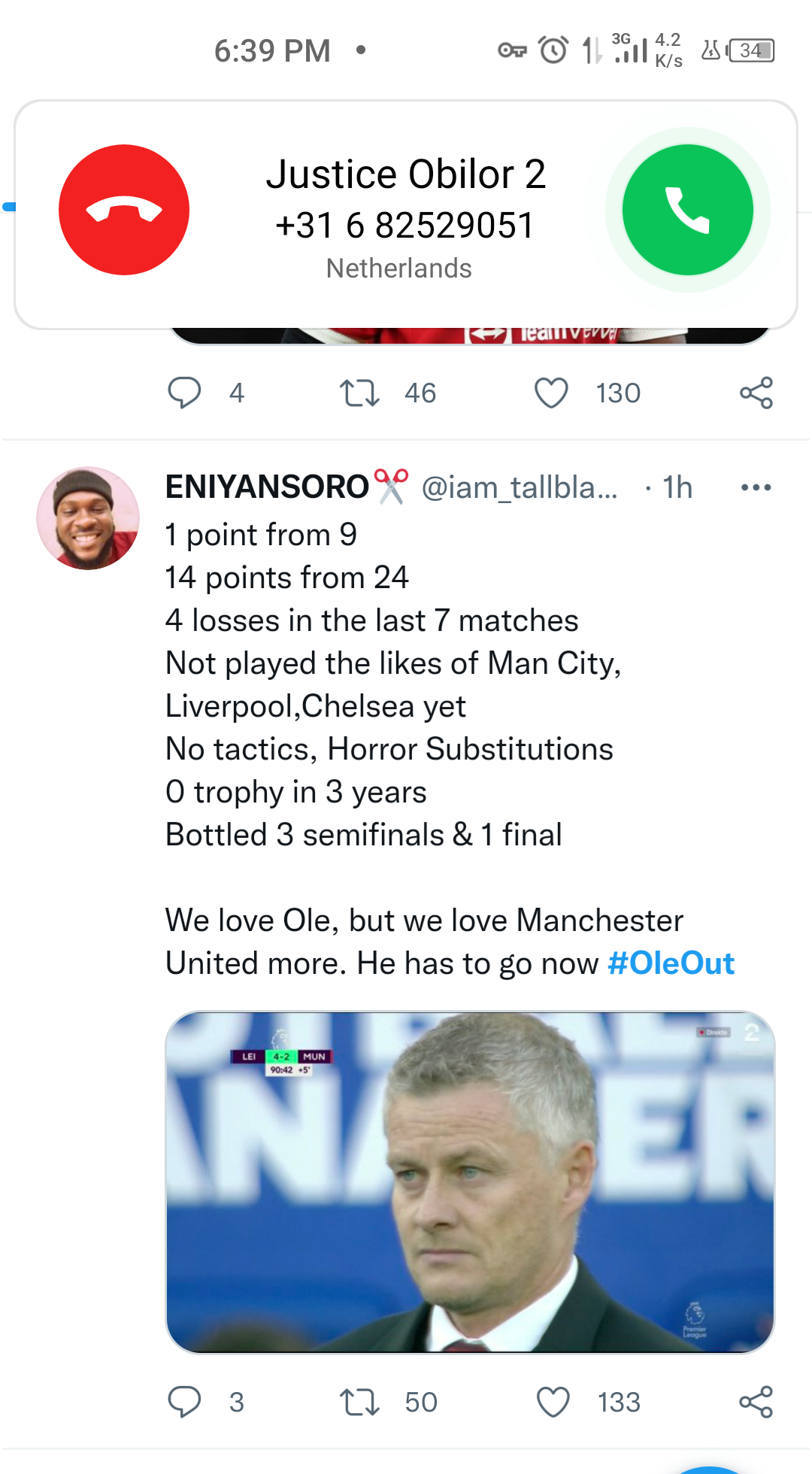 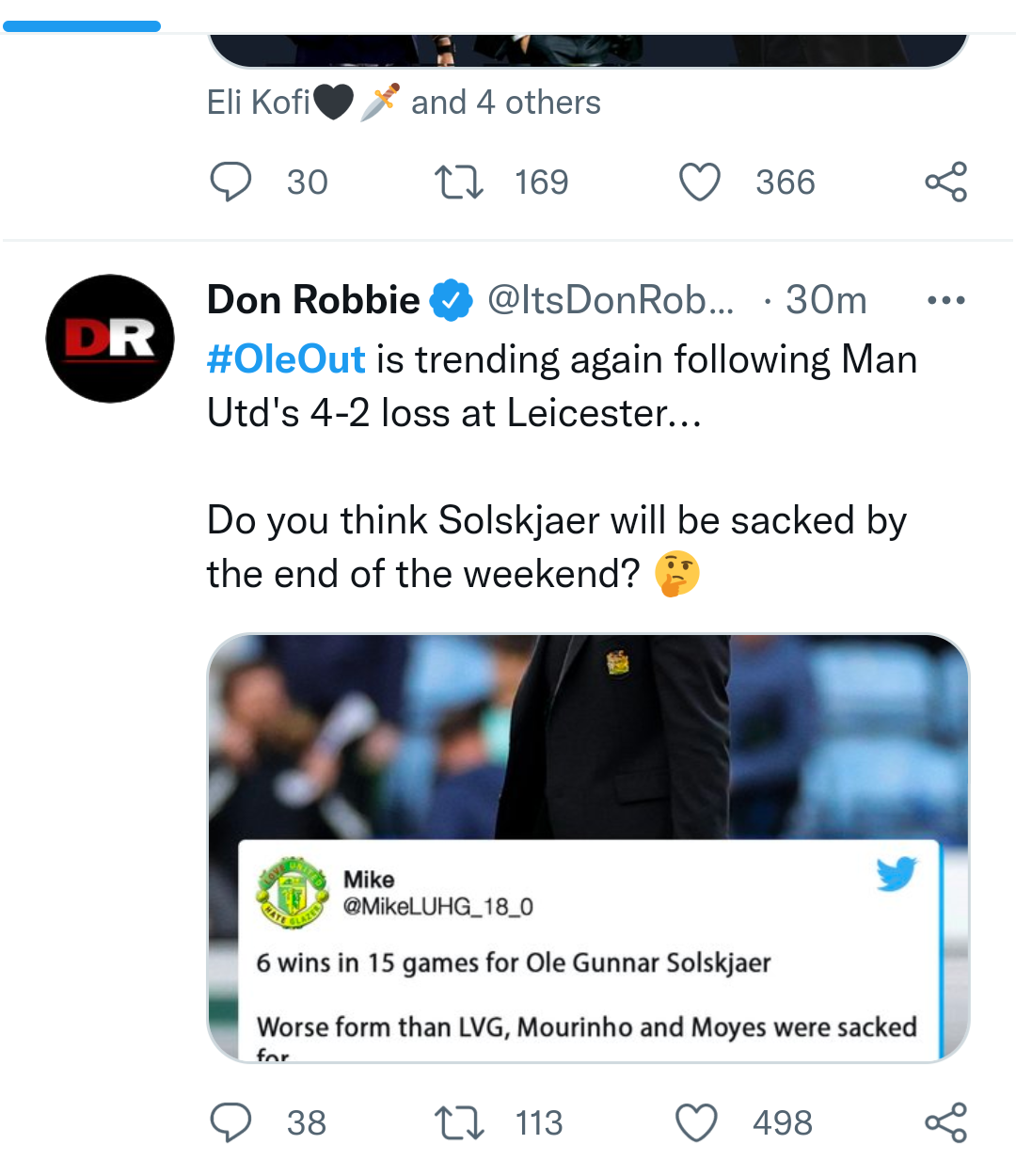 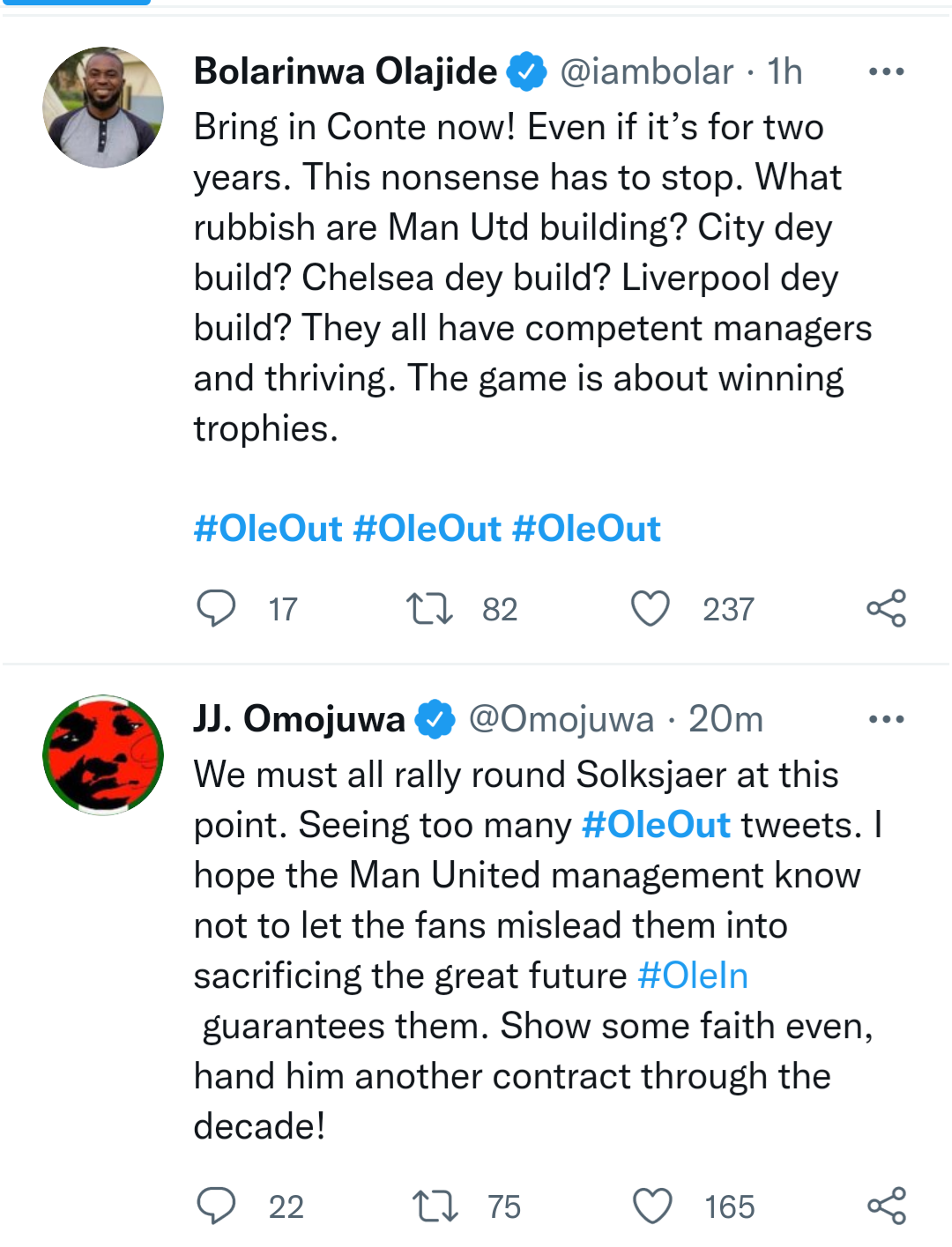 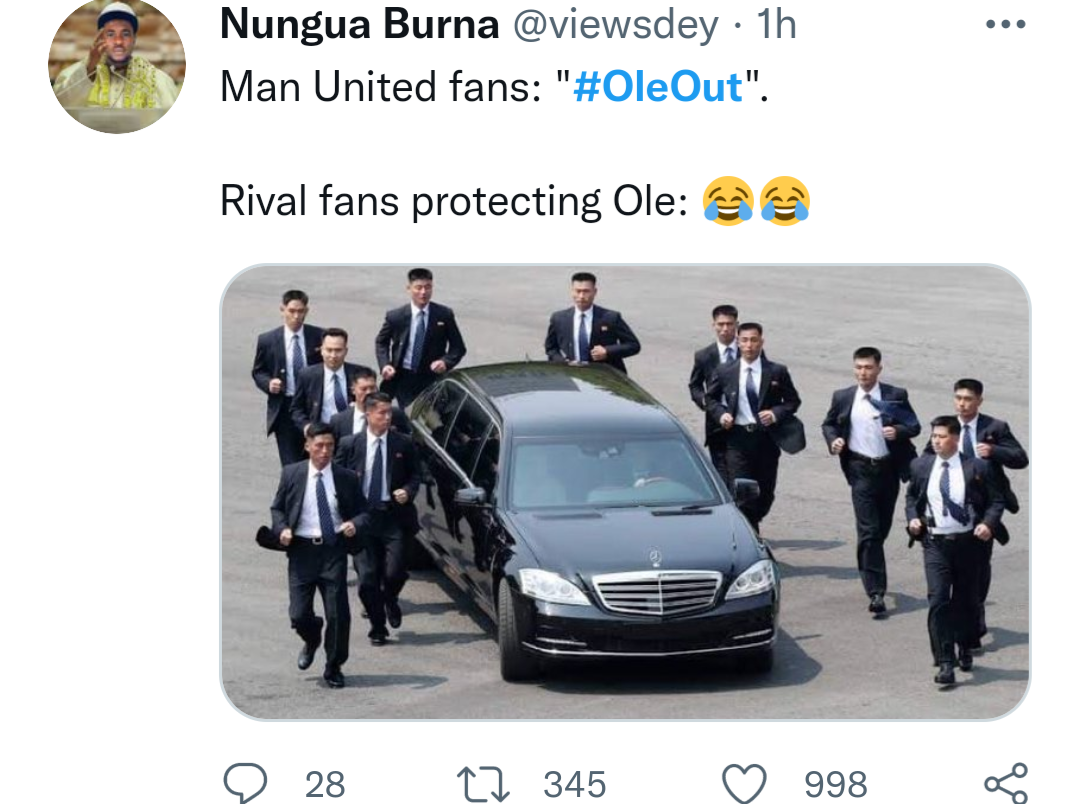 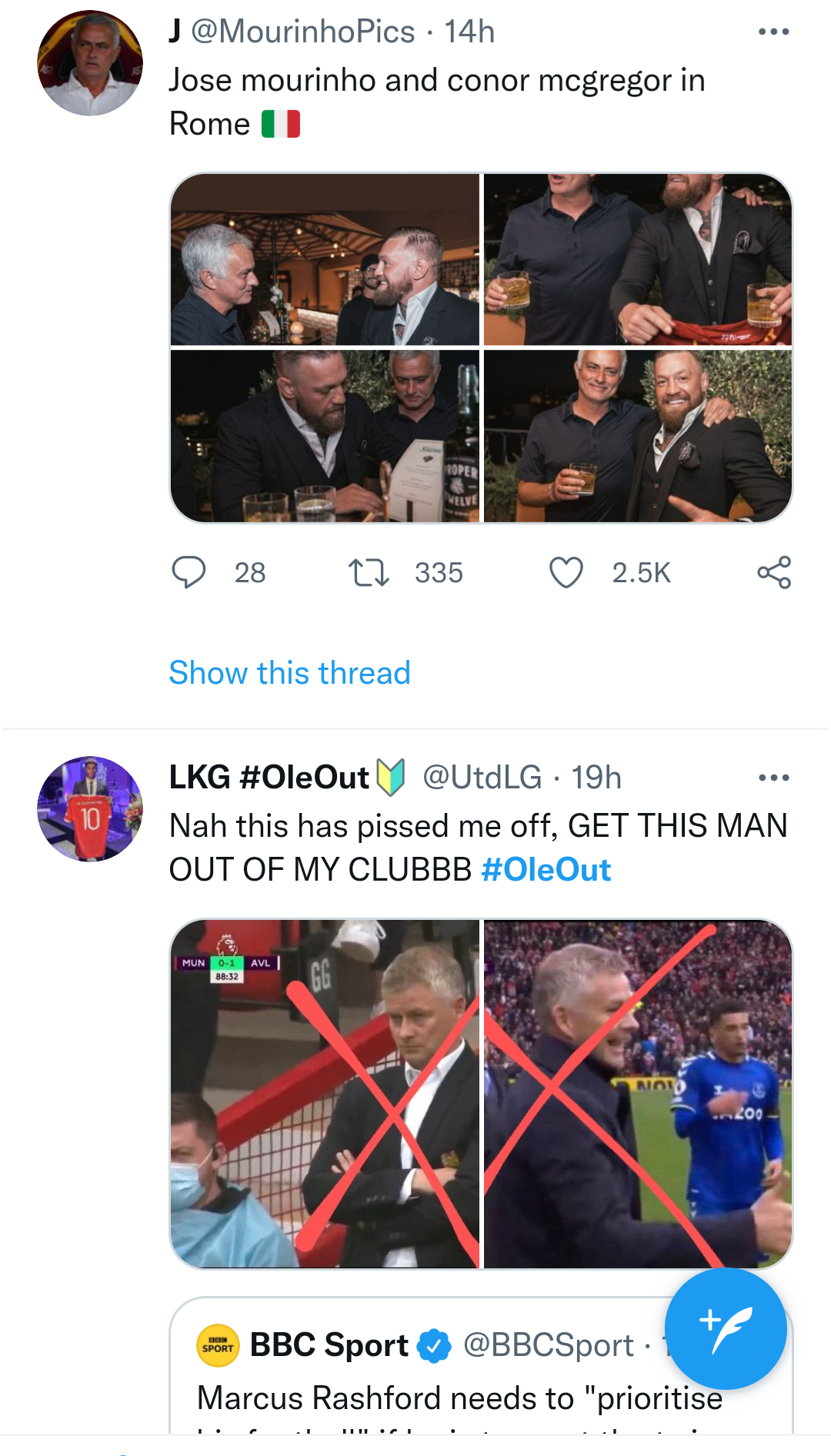 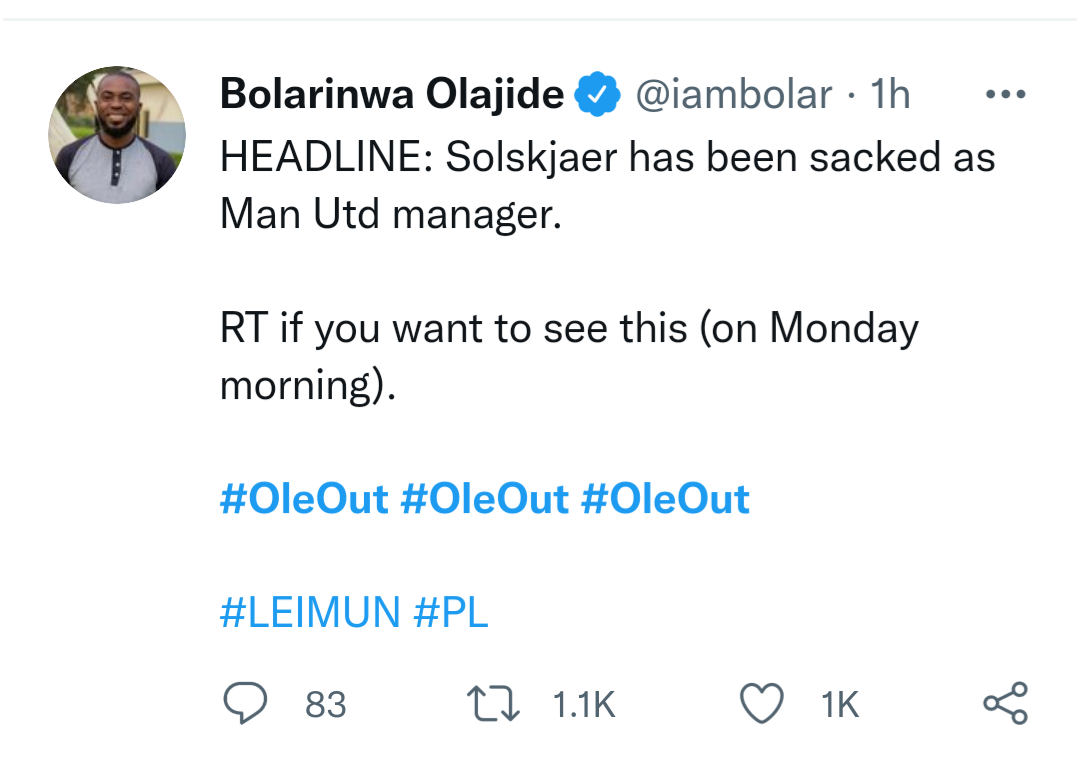 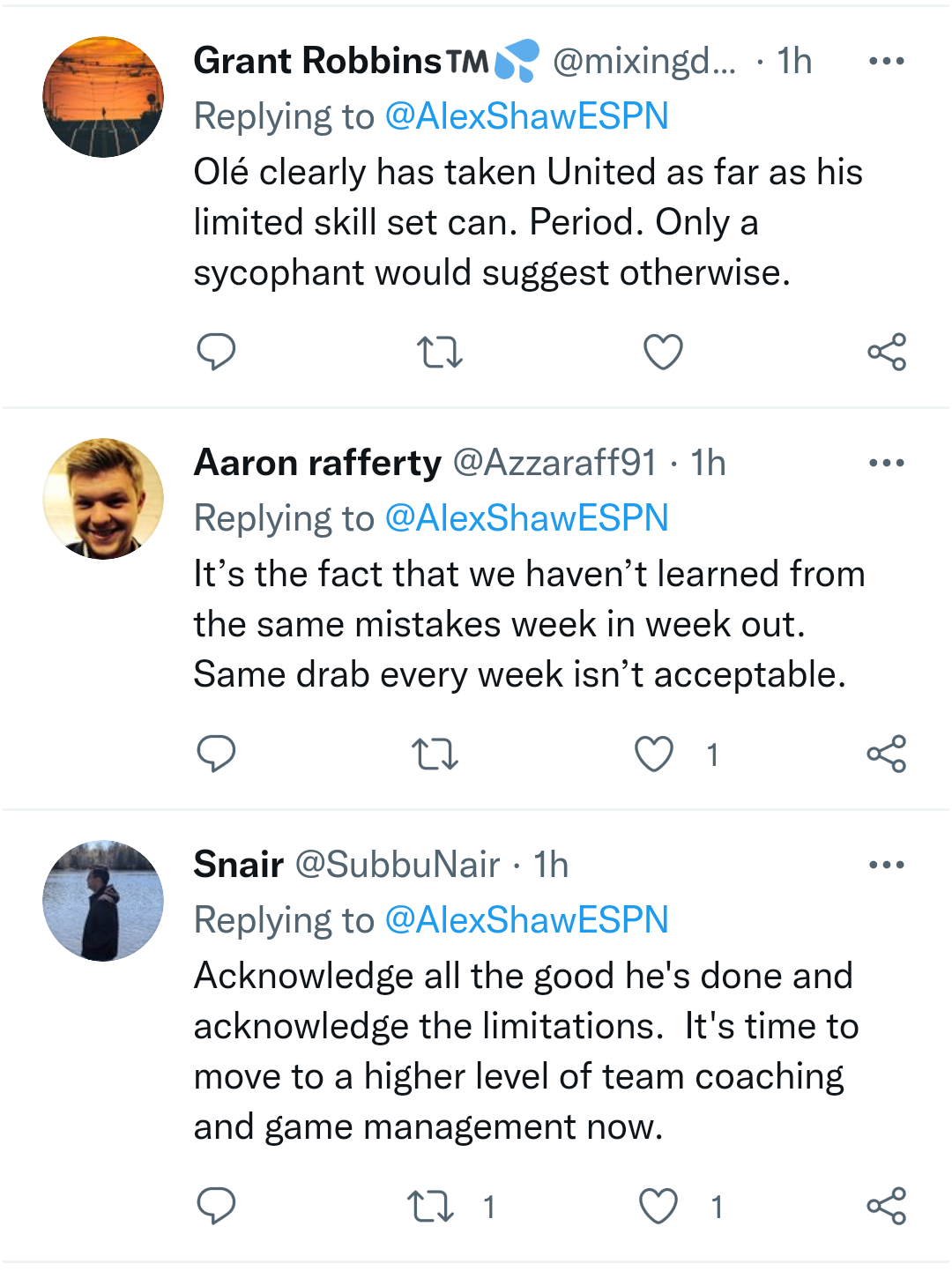