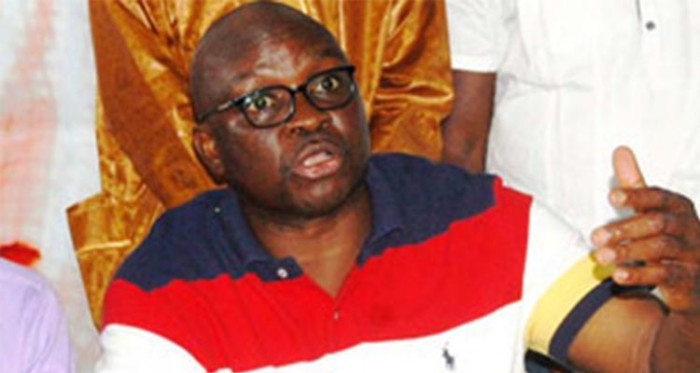 The executive governor of Ekiti state, Ayodele Fayose, has raised concerns about the various manifestations of violence in Nigeria.

Fayose raised his concerns on Monday via his Twitter handle. He asked what had gone wrong with the nation.

His statement is a reaction to the shooting in a Catholic church in Anambra state on Sunday, which resulted in the death of eight persons, while many other were injured.

“Boko Haram in NE, Badoo in Lagos, herdsmen across the country, ritual killers everywhere, and now drug war,what’s wrong with us as a people?” Fayose asked.

“Where did we get it so wrong that we now kill one another at will?

“Killing fellow human beings is devilish, not to talk of killings in the house of God. I condemn the Ozubulu murder in its entirety.”

While commiserating with the church, government and people of the state, Fayose said it was time for the nation to have another look at its moral values.

He called on the police and other security agencies to carry out a thorough investigation into the shooting and bring the culprits to book.