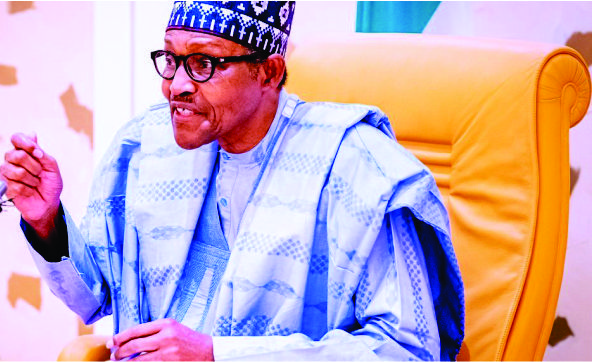 The leadership of Unified Nigerian Youths Forum (UNYF) has appealed to President Muhammadu Buhari to approve the appointment of Mr Mohammed Bello-Koko as the substantive head of the Nigerian Ports Authority following the ongoing probe of the tenure of the now-suspended Managing Director of the NPA, Hajiya Hadiza Bala Usman.

The forum said that it would enable Bello-Koko to complete the progressive and all-inclusive reforms he has started in the organization.

A statement issued by the forum’s President, Comrade Abdulsalam Mohammed Kazeem, explained that the decision to call on Buhari to confirm Bello-Koko as NPA head was taken after an extraordinary emergency congress meeting of the forum at NAF international conference center FCT-Abuja to X-ray his tenure, and the misleading Pandora Papers hullabaloo.

The forum discovered that Bello-Koko declared the said properties in his Code of Conduct Bureau forms which vindicated him, as he resigned from headship/partnership of the British Virgin Island incorporated companies.

The forum noted, “It is our further findings that he wasn’t a politically exposed person in 2008-2013 when he purchased the alleged assets. He didn’t employ a multilayered murky mechanism to obscure his ownership of foreign property.”

As a matter of fact, the statement added that he declared his two vehicles on the Island that deserves the collective commendation not condemnation at any rate.

The forum, therefore, withdrew its earlier call made urging Mr President to sack him, stressing that the call was a result of pressure from some mischievous and desperate politicians and interest groups who are intimidated by his rising profile and achievements.

The forum said it resolved to work with Mr Bello-Koko and his team as he makes frantic efforts to reposition the nation port and generates revenue that will better the lots of the common man in the country.

The group appealed to the Minister of Transport and stakeholders from the sector to help fast-track his appointment, saying that the headship of the NPA should come from the North West and accidentally Mr Bello Koko is from Kebbi State Northwest Nigeria.