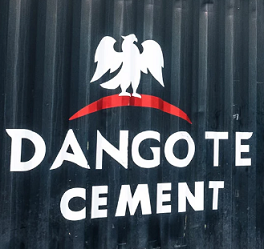 The Coalition for Truth and Justice (CTJ) has accused the management of Dangote Cement of a plot to disrupt peace and security in Kogi State, Dailypost reports.

Trait News has learnt that the allegation drawn from the state government’s insistence to recover its shares in the company.

The group said rather than address the issues raised by the state government, the company, Dangote has resorted to name-calling and underarm tactics, ultimately causing turmoil and a threat to security.

The coalition made this known in a press conference addressed by its Secretary-General, Comrade Musa Attah, in Abuja on Sunday.

“This absurdity has been playing out since the Kogi State Government recently sealed the cement company in Obajana, Kogi state,” the group said.

The group said that it was worrisome that up till this moment, Dangote Group has not refuted the claims by the Commissioner for Information in Kogi State, Mr. Kingsley Femi Fanwo, that the company had allegedly held a meeting where a plot to sabotage the state using federal might was agreed upon.

The group alleged that the plots, which it described as dangerous, were, among other things, to disrupt the peace in Kogi State

The group further alleged that the ongoing fuel scarcity in Abuja had been caused by Dangote trucks, which they claimed have been used to block traffic flow.

“But we have discovered that there were fora, including a public hearing and a judicial commission of inquiry into the conduct of public officers in Kogi state between May 29, 2003, and January 27 2016. Liman Salihu Esq. was counsel for Dangote Cement plc/Obajana Cement Company at the inquiry,” the group added.

The group said, however, that the inquiry report, which found evidence of shady dealings, recommended the constitution of a specialized technical committee to evaluate the entire transaction on Obajana Cement Company Limited.

The Committee was said to have further recommended that the Kogi state government recover all accrued dividends with interest and cancel the existing Certificate of Occupancy (C of O) issued to Dangote Industries.

The group accused Dangote Industries of several shady dealings, which include securing tax holidays from a past administration in Kogi State.

“The group further accused the Dangote Group of being desperate, insisting that the state government has the rights to the sites where minerals are being mined for cement manufacturing.

They called on Dangote Group to, with immediate effect, stop all forms of attacks on the people of Kogi State, advising the company to rather go to court if it feels aggrieved in any way.