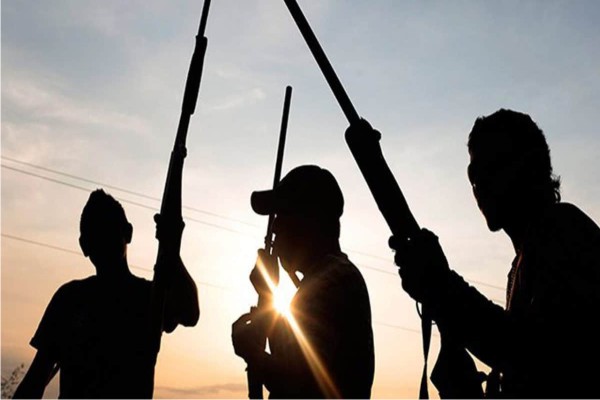 Some gunmen have attacked a gathering of politicians in Enugu West, threatening that no election would hold on any part of “Biafra land”.

In a video that went viral on Sunday, the gunmen were seen shooting repeatedly as those at the political gathering fled for their lives.

A few men, who could not escape at the time of the invasion, were captured and asked to lie down in the mud.

They were beaten, molested and harassed amidst allegation that they were trying to “bring back Fulani” into Enugu West.

In the 4:50 minutes video, it could be seen that vehicles and motorbikes were smashed by the gunmen, who threatened to deal with anyone organising a political gathering on Biafra land.

“What are you doing here? You are here for party politics like you do every four years. Which party?

When asked what should be their punishment if they tried to organise another political gathering, one of the men said, “kill me.”

“We’ve stopped the campaign on Biafra land. We don’t want anybody coming out for anything campaign. There will be no election in this country anymore,” a background voice said in the video.