HomeENTERTAINMENT“He put am inside boxers” Moment Portable ran out of stage after...
ENTERTAINMENT 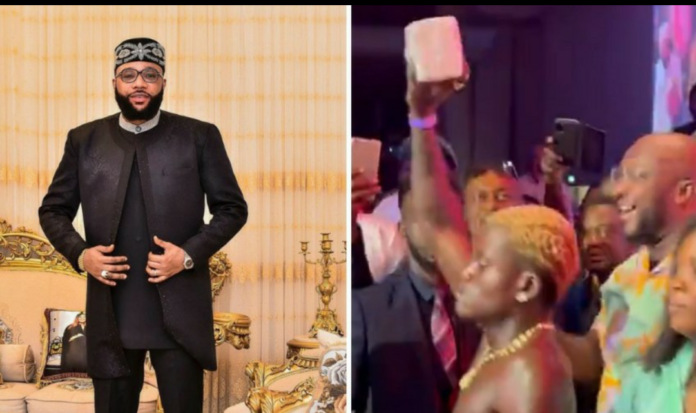 A video has surfaced online that reveals the moment billionaire E-Money gives talented singer, Habeeb Okikiola better known as Portable a bundle of cash at AY Live and by extension sparked reactions from internet users.

However, Zazuu Zeh crooner, Portable who has always been trending on social media since the release of his hit song was among celebrities who performed at the star-studded AY Live and thrilled fans to awesome experience at the show.

One of the moment that captured the hearts of netizens was when Billionaire E-money gifts singer Portable a bundle of cash while performing and upon receiving the cash Portable takes to the heels to avoid “ripping”.

Watch the video below: