Nigeria Politics
May 3, 2020May 3, 2020 Trait News 0 Comments
The Nigeria President, Muhammadu Buhari on Sunday, has received commendation for his decision to implement the Stephen Oransanye report prepared in 2014 but which had been rejected by the President’s predecessor.
The report focused on merging of various government agencies to cut cost.
The President’s decision is believed will help block wastes and loopholes in the cost of governance.
In a statement at the weekend, the HEDA Chairman, Mr Olanrewaju Suraju, said the decision to revisit Oransanye Report was a commendable move. He said the country needs a strategic intervention that will include reduction of Government parastatals and slashing of salaries and emoluments of politicians.
“COVID-19 is not only affecting our beliefs and social lives, it is affecting our wealth as a country and as individuals. Nigeria needs radical interventions to be able to deal with the economic consequences of coronavirus” HEDA said.
He argued that the future of Nigerian economy in the face of COVID-19 impact depends on institutional adjustment and slashing the salaries and emoluments of political office holders.
Human and Environmental Development Agenda, (HEDA Resource Centre) said it was the right time to revisit the 800-page report . The group said the decision of President Muhammadu Buhari to revisit the Oransaye Report was a right thing in the right direction. HEDA said the merging of the tiers of government must be backed by sacrifices expected to be made by political office holders.
HEDA said ” Nigerians want to see a drastic reduction in the salaries and privileges attached to public offices beginning from the Presidency, National Assembly, the State Governments and other institutions.”
Since the coronavirus outbreak, the Nigerian economy has continued to nosedive with oil prices going down to an all time low. As at May 1, the Workers Day, the Nigerian oil sold at a miserable 20 dollars which is far less than the 2020 budget benchmark.
The International Labour Organisation, (ILO) predicts the loss of no fewer than 25 million jobs across the world and about 460 enterprises will be hard hit. This has prompted many countries to propose cutting down on expenditure to meet public needs.
The report submitted to former President Goodluck Jonathan was suppressed by the former President. Stephen Oransanye, a former Head of Service, had recommended the merging of 102 Government agencies and parastatals. They are said to have increased to no fewer than 1000 as at today. The Presidency believes going back to the report would save public funds especially at a time of COVID-19 pandemic whose impacts on the economy are huge.
“We commend the approval of President Buhari on the need to implement the Oransanye report. HEDA thinks this is a practical pathway to saving funds. Nigerians must unite to make sacrifices for the rebirth of the Nigerian economy. We need to merge the parastatals and make them more efficient in meeting public needs” HEDA said.
The Minister of Finance and National Planning, Zainab Ahmed said the report had been forwarded to the Head of Service. Ahmed said “The president has approved that this administration should implement the Oransanye report. It has reviewed the whole of the size of government and has made very significant recommendations in terms of reducing the number of agencies and that would mean merging some agencies.” 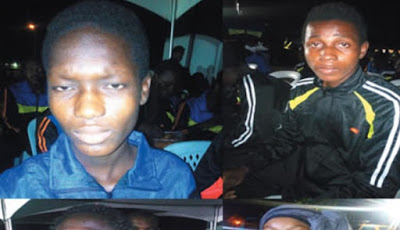