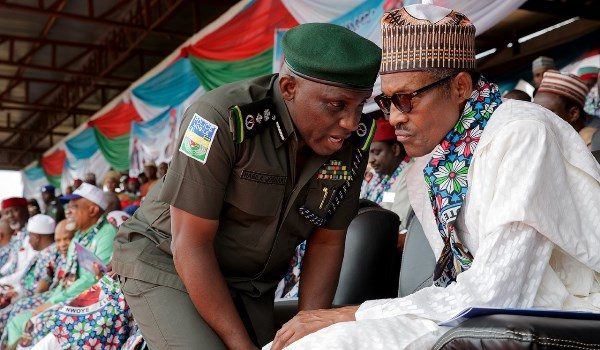 President Muhammadu Buhari has ordered the Inspector General of Police, Ibrahim Idristo move immediately to Benue State to restore law and order and forestall the escalation of herdsmen-farmers crisis.

Buhari gave the order on Monday night, accord to a statement by police spokesman Jimoh Moshood.

The order came as more killings of innocent people by herdsmen in Guma and Logo Local Government Areas in Benue State were reported.

In compliance with the order, Idris is moving into the troubled state with additional five units of Police Mobile Force (PMF).

On Sunday, the police chief deployed, among other security measures, five MOPOL units. There are now ten of them in the crisis areas.

More Units of the Police Special Forces, Counter Terrorism Units, and Conventional Policemen were also deployed to the State on Monday.

“The Aerial Surveillance by Police Helicopters will continue, while the Police Mobile Force Personnel, Police Special Forces and conventional Police Personnel, the Counter Terrorism Unit (CTU), Police Explosive Ordinance Department (EOD) and Special Police Joint Intelligence and Investigation Teams already deployed to Benue State will carry on relentlessly with the patrols and crime prevention activities in the affected areas to sustain the normalcy that have been restored in the State”, Moshood said.

“The Force will not hesitate to deal decisively with trouble maker(s), any group(s) or individual for conduct likely to instigate the escalation of the crisis. The full weight of the law will be applied on anyone arrested for being responsible for the mayhem in the affected areas in the State.

“The commitment of the Nigeria Police Force to ensure Law and order and protection of lives and property of all Nigerians throughout the Country remains unequivocal and unwavering”, Moshood said.

At another meeting in Abuja, attended by IGP Idris, governors of Benue, Taraba, Plateau and Nasarawa, Adamawa, Niger and Kaduna States, and the Minister of Interior, Lt. General Abdulrahman Dambazau, a strategy to check the blood spilling between herdsmen and farmers was worked out.

Addressing newsmen after the meeting, Gov. Samuel Ortom of Benue said there was now synergy among the security agencies, the federal and state governments to combat the challenge.

Ortom, who was joined by his Taraba counterpart, Darius Ishaku, declined to give details of the strategies, saying it was a security matter not meant for public consumption.

“As you can see all the governors of the states where we have the most challenging security problem are here.”

“We have dialogued; we have looked at the problem with the security chiefs and appreciated each other.”

“One thing that is central is that we have agreed that killing in any form is not allowed; security men must apprehend and prosecute those responsible.”

“There is no point politicising these killings; it is the responsibility of all Nigerians to eliminate the criminality that is resulting in the killings,” Ortom said.

The governor said it was also agreed at the meeting that Nigerians should desist from hate speeches that were fuelling the crisis.

Saraki slam APC after Buhari was booed at National Assembly 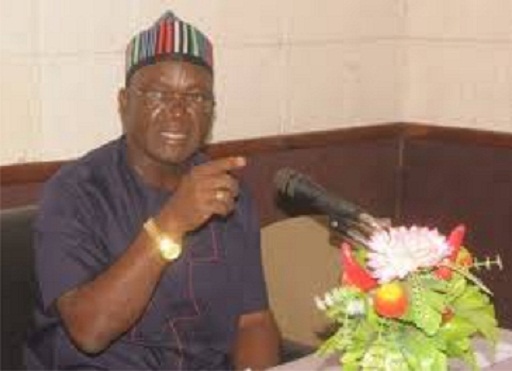 Gov. Ortom Expresses Vote Of No Confidence On IGP