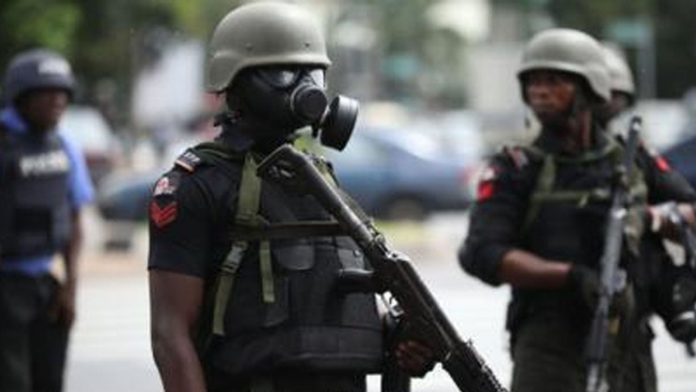 hoodlums allegedly stole the vehicle from the owner after he finished washing the car around ConOil filling station in Effurun.

The complainant said himself and his brother while waiting for someone, saw a group of four armed men, who pounced on them, forced them into the vehicle and sped off.

He stated that the hoodlums later put them in the boot of the vehicle.

On getting to a hold-up, they managed to open the boot and escaped.

He said, “Information got to the DPO Ebrumede Division SP Bolarinwa Alabi who immediately detailed and led operatives and went after them.

“In a combined effort with men of Ekpan Police station, they trailed the hoodlums to Jakpa road.

“The hoodlums on noticing that the police were trailing them, abandoned the vehicle in the busy area of Jakpa and fled into the crowd.

“In order not to hurt innocent citizens, the team could not engage them, but the Lexus car ES 350 gold colour with Reg. No. Abuja-YAB 262 KC was recovered.”

According to DSP Edafe, “effort is on top gear with a view to arresting the fleeing suspects.”