HomeNEWSHow I endured hardship abroad before getting breakthrough in business – Kevin...
NEWS 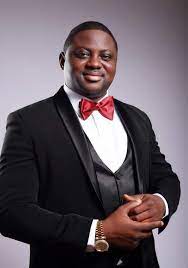 Delta State entrepreneur and politician, Hon. Kevin Olu, has revealed how he endured hardship in London before getting his first major breakthrough in business and life.

According to him, who comes from the Fregene’s family in Fregene quarter at Ogwanja in Koko Warri North Local Government Area, he does fall into the category of Nigerians who went abroad to do jobs that bring shame and dishonour to themselves, families and indeed the country.

Speaking with journalists during a recent interview, Hon Kevin Olu, the CEO of two reputable companies, Orit-winors Nig Ltd and First Triple Billionaire said: “To rise from the obscurity of life to the stardom is not so easy, but it is possible to attain success from nowhere if only the person could be serious and be hardworking.

Recounting how he first travelled abroad, Hon Kevin Olu said, ” in 2000, after i finished my diploma, i got a visa to Greece, from there i traveller to Italy, where i spent three months, trying to look fot greener pastures. From there, i went to Amsterdam and from there, i travelled to London..

“When i got to London, that was where I got a small job. There they called that job peke. I started working in the toilet, arranging perfume, telling people to freshen up for the ladies, inside the toilet. Then, there was a lot of money in that job. They will be dashing you coins, throwing coins at you as a beggar. When you finished working that day, you will now go to your boss, and give him all the money. And after a week, they will now send you salary down to you..

” I did that job fot about seven months in London. After that, i now.met a Pakistani, who taught me more about business. He asked me what I was doing, i told him. I also told him i had a diploma in business management. He asked me to start working with him and as i started working with him, that was how all my breakthrough came. He taught me how to do proper business .

“From there, I went into Western Union.I established a Western Union shop. It was my own shop. I also had Money Gram. I make bold to say that was where i got my major breakthrough, by having a lot of physical cash. That was how i came back into Nigeria. I went into politics snd started running my own business”, added Hon Kevin Olu.

He recalled how he also.slept inside a London bus for survival. In the exact words of Kevin Olu, ” when I was doing that job called peke, i remember, I always went from Willis because my brother used to stay in Willis but after sometime, there was no way, no house to stay. So i started sleeping on Bus 51 because Bus 51 straight from Willis, went straight to West End and West End is like tje centre of.London where you can get all kinds of jobs, where you can do all kinds of work. I slept in that bus for over two months because the bus is a twenty four hours job.

“It was not easy staying on the bus as the drivers will at times, after getting to the last bus stop around 4am, stop the vehicle and go round to shout that, ‘ hello, hello, hello, this is your last stop’. It will.force me to get down from the bus and quickly brush your mouth somewhere and quickly jump into another bus or if no bus was available, you will go to a friend’s place and start gisting until the time of work starts around seven”, added Hon Kevin Olu.

“This is my story. I thank God today that I could get to where I am now because I made my way abroad to make it in life. I worked and struggled my way to the success I attained today,” said Hon Kevin Olu, who holds a Diploma in Business Administration and Bsc. in Public Administration from Edo State University Ekpoma, Edo State.