I did not send assassins after Shina Peller – APC gubernatorial candidate, Folarin 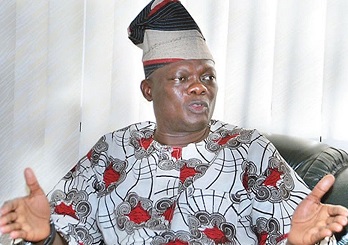 The gubernatorial candidate of All Progressives Congress (APC) in Oyo State, Senator Teslim Kolawole Folarin has declared that he did not send hired killers to assassinate Hon. Shina Abiola Peller.

Folarin made this disclosure via a statement made available to Daily post on Monday.

Folarin who represents Oyo Central senatorial district was on Friday, declared as the APC candidate ahead of 2023 elections in the state.

Trait News gathered that Peller is currently representing Iseyin/Itesiwaju/Iwajowa/Kajola federal constituency in the House of Representatives.

It was gathered that Peller, had in a video clip alleged that Folarin sent hired killers to assassinate him.

Folarin has, however, said that he did not send hired killers to assassinate Mr. Peller.