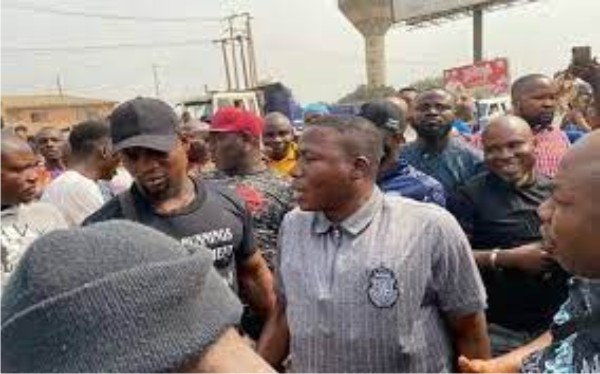 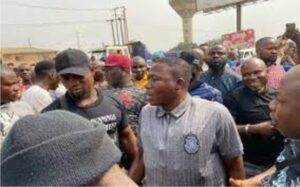 The self-acclaimed Yoruba freedom fighter, Sunday Adeyemo aka Sunday Igboho has declared that he does not have a power to fight the Federal Government or an ordinary Local Government Chairman.

However, Sunday Igboho said it is God that would fight the battle for the self determination of the Yoruba race.

The Oyo State indigene said this in a video, wherein he was seen addressing some of his followers.

In the video, Sunday Igboho reiterated that the planned Yoruba Nation rally will come up in Lagos on July 3.

According to him, nobody has come out to stop him and his followers from storming Lagos for the rally, saying “whoever will not allow us to come to Lagos should do a video”. Daily Post quotes Igboho.

Igboho added that Lagosians were ready for the rally because they know it would be peaceful like the ones held in Ondo, Ekiti, Osun and other Yoruba States.

The activist explained that people outside the country have been funding the project, stressing that he alone cannot achieve anything, Daily Post reports.

“Those abroad are the ones contributing the money we use in buying vehicles and do other things. How many can I do? Sunday Igboho is not the only powerful person. There are many powerful persons everywhere, unless we want to deceive ourselves. I can’t do it all alone. We must all unite. But someone must lead first. Moses was chosen to librate the Israelites before others join him. God will fight for us.

Get Our Trait News App on Google Play Store

“I don’t have the power to fight the Federal Government. In fact, I can’t fight an ordinary Local Government Chairman. But the battle is the Lord’s. God who is the head of the battle will fight for us. Our own generation will emancipate the Yoruba race from slavery.

“To all Yorubas, come out on July 3 for the peaceful rally. We should not fight. We only want to tell Buhari that all we want is Yoruba Nation. Nobody should threaten us with death. You cannot kill us. There is no live champion, but current champion,” Igboho said.